Finally! Photos from our December 25th Christmas. We had a special family breakfast, and Jaan got to open his present. Then we headed out to the Bible lesson in a village where Will goes every week to work with the kids. We came back to a little more family Christmas time and visits with our neighbors. What a nice day! 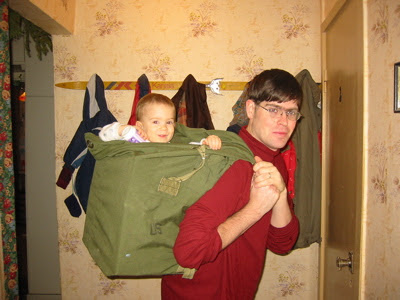 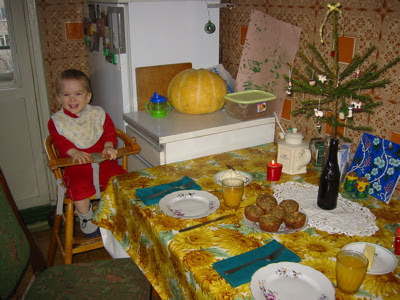 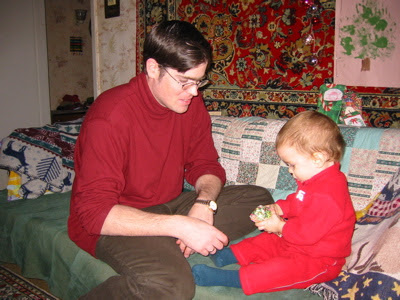 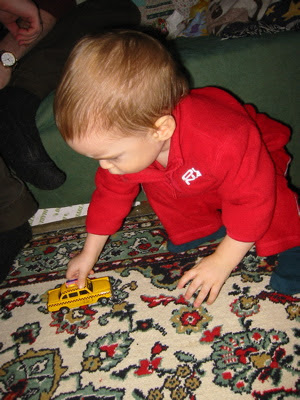 and giving it a test drive. 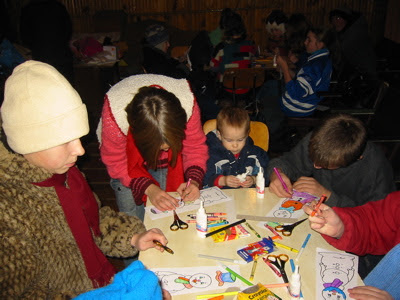 Making crafts with the children in the village of Sannikova. 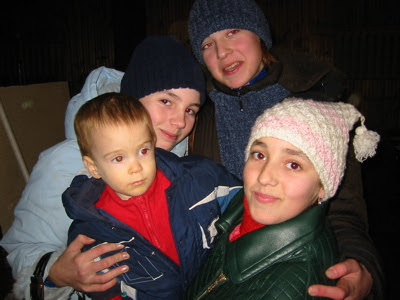 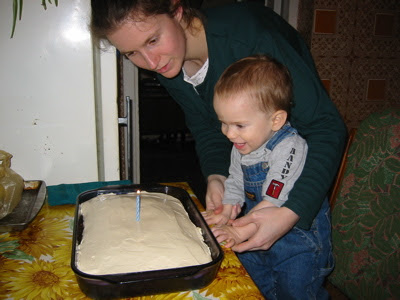 Blowing out the candle on the Happy Birthday Baby Jesus Cake.

Jaan's full tummy after visiting with our neighbors.

Well, we still can't get our photos off the camera, so I'll give you a written update on Jaan instead of Christmas pictures. Jaan did enjoy his Russian Christmas yesterday.

Jaan is still not much of a talker, but his vocabulary is growing. In addition to "Mama," he says "uh-oh," "bir" (bird), "Tata" (Papa), and "mo." "Mo" actually makes up the bulk of his conversation. We're blaming this word on our friend Nathan, who came to visit and left Will with a CD of songs by a guy named Mo. That CD has been a favorite around here lately.

A recent conversation:
Jaan came running into where I was sitting, shaking his finger and saying, "mo-mo."
I asked, "What are you doing?"
His reply was, "Uh-oh!"
He then led me to a cupboard forbidden to him, where he likes to make big uh-oh's i.e., remove all the contents and strew them around. He had just opened it, and he wanted me to be aware that he was getting ready to wreak his havoc, if I didn't stop him.

As you can see, we do communicate, even if Jaan still has a ways to go in the language department. (And if we're not communicating with you much these days, it is because of computer problems. This update was typed with great difficulty. However, God has provided, and a new computer is on its way to us.)
Posted at 10:17 No comments:

These are a few photos from December. I meant to post photos from our American Christmas in Russia, but I'm having computer problems. Hopefully, I'll get those resolved soon, and you'll be able to see how Jaan spent December 25th, celebrating Jesus' birthday. 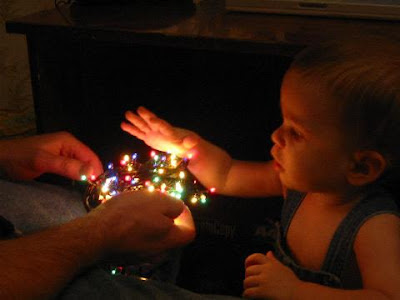 Putting up the Christmas lights. 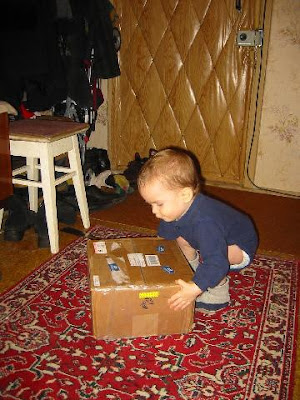 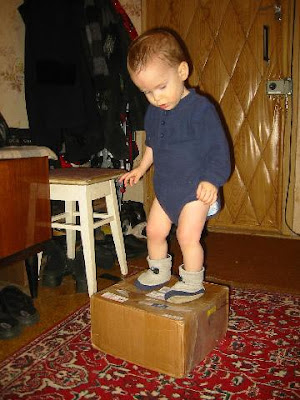 "What are you supposed to do with this?" 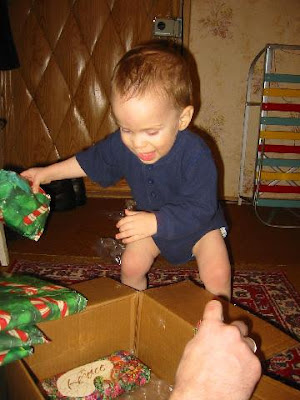 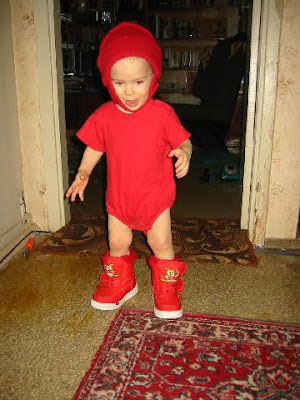 Jaan's favorite Christmas outfit. (At least, that's what he seems to think it is.)
Posted at 10:58 No comments: