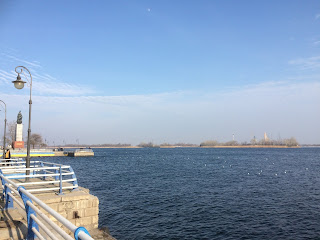 Last time I wrote here, we had turned everything in to renew our residency. Then we got a phone call saying that they weren't sure they could process our applications because of an address problem. Our churches prayed, we prayed, the migration bosses had a meeting, we got some more papers, and then we went in to discuss. It turned out that my residency card was already ready. The added papers were enough for my file, so they gave me my card, and I'm done with this step. (Next will be reregistration, which also has some complications this time.) As for Will: he wrote and wrote and wrote. The lady was so nice to sit there, help him figure out what they wanted him to say, and dictate every letter. It all had to be in his handwriting, in good Ukrainian. Russian is easy for us, and Ukrainian is no problem to understand, but writing it is a different story. They decided that they will process his application and give him a new card, but he has to get an apostile from America. They're willing to add that to his file later, though, whenever it comes in, which is really good. So, he's waiting for his card, then reregistration, then a few other things....

Other than that, our kids have gotten over their colds and were glad to get out again, after staying home for a week. The music school used a recording of Asya for a little "concert" online; Bogdan's teacher played in the third song there, too.
Posted at 20:26 1 comment: 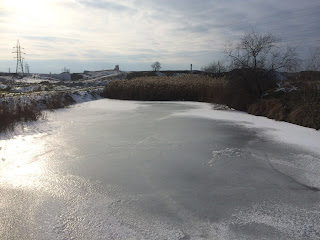 We've made big progress on documents. I have everything for my residency renewal turned in. Will's lost paper is found. He can pick it up, get insurance, and submit his documents tomorrow. That's a huge relief! We're still not done, but this is all really good. Also, it's actually only a little bit later than it should have been, although that doesn't matter during quarantine.

Also, Will's making progress with his health, too, after some trouble. He has a specific arthritis diagnosis now. On the day that he was headed to Kyiv, we found out that the headaches he was having were from high blood pressure, caused by an arthritis medicine. He also had a blood sugar spike. That meant he had to see a diabetes doctor and start eating like she said and go for more testing. The further testing showed the spike was also a fluke caused by medicine. No diabetes! So, now he's monitoring his blood pressure--it's staying down--and trying another medicine. We're cautiously optimistic. He'll go back for followup to see how he's handling these medicines in about a month.

On the day of his Kyiv trip, Will went to our local apteka [pharmacy] for them to check his blood pressure. That's how we found out it was high. They were very worried about him! Later, when I went back to get blood pressure medicine, and they asked if I'm his wife. (He always goes there, not me.) When I said yes, they said that they were very glad that I was getting him this medicine. And the next time he was in there, several days later, they were sure to ask how he's feeling and how his trip to Kyiv went.

Our kids have been doing music exams and recordings lately (one of those). Also, Asya and I were invited to an art exhibit and concert at our library. I was excited because Raia was supposed to play. The day before the event, they found out that the mayor was coming, though, so they changed the program completely. Asya and Bogdan's teachers played instead, and we did enjoy that, but I missed hearing Raia. It's been so long since we've been to any concerts; this one was tiny and not at the school, so it was allowed.

Winter seems to be ending now, but we've enjoyed it while it lasted. I liked having February seem like real winter this year, instead of just grey and mud! Unfortunately, half our family has mild colds. This has made us realise how long it's been since we've had any sickness at all, though, and we're so thankful. And that's all I can think of to write. Oh, I'm still really enjoying all the reading and writing I'm doing for the course I'm taking. And now, photos: 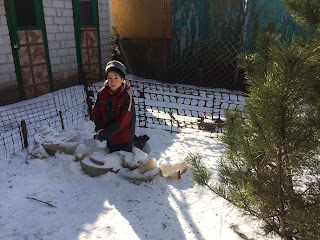 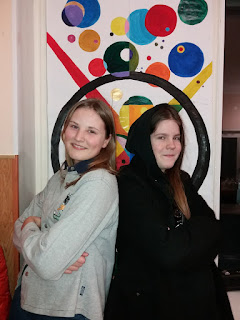 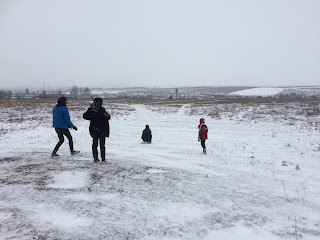 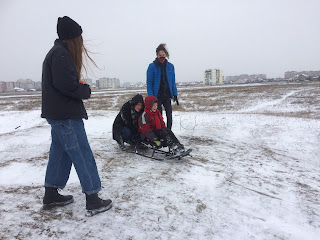 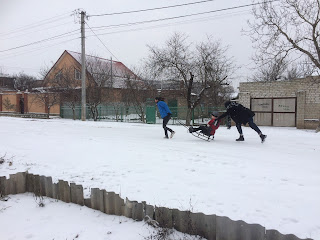 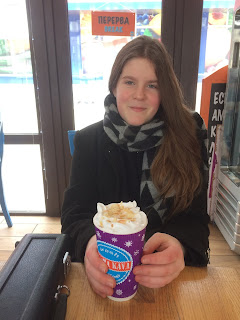 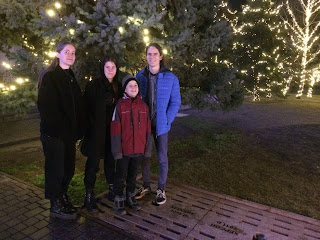 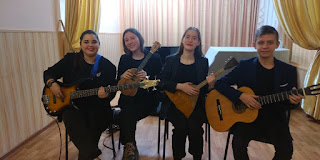 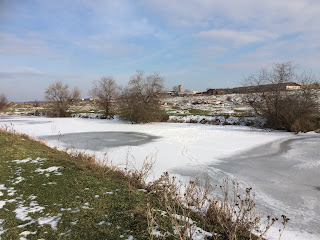 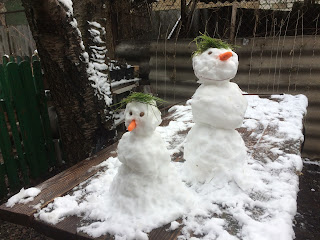 We've had a lot of good and bad, up and down lately. Most of it has centered around doctors and documents. Actually, every day except Monday last week included one or both of those two: lots of waiting in lines, signing papers.
If you're on Facebook, you'll know that Asya was diagnosed with shingles. She finished her course of medicine for it, and it's already almost gone. That's a big relief, after we were told it could take a really long time to heal. (Funny: when we were at the clinic, the doctor sighed about Asya's patronymic and all the strange names she was having to deal with that day. When we got home, we found out that our neighbours had had an appointment with the same doctor just before us. They were the other strange names.)
Will's back on his allergy treatment. He's also started trying to get a specific arthritis diagnosis and treatment. That has been a lot of testing, some really good results from a one-time steroid shot, and some headaches (literally) from another medicine. It's been amazing to see what the shot did for him; he's lived with this for so long that all of us had forgotten that there was any other option. We're still waiting on some test results and follow up appointments now.
Documents... I don't even know what to say. We have made a definite step forward (registration). We still have many more, and we also have had some more steps added. Tomorrow Will is going to travel to Kyiv to get a "sworn affidavit" about his name. This time the embassy responded positively to his request for help right away, which is a small miracle after all the diplomatic negotiations we had to go through to renew passports. So, it's good that we're registered, bad that Will has to get extra help from Kyiv, good that they're willing to help.
The very best part might be the relief we're feeling. All along we had been counting on the presidential declaration that foreigners who were legal last March would be legal all through quarantine. Then we started seeing articles like this, and we ourselves got hit with some serious fines on Wednesday. (Someone else paid them, because they were his fault, not ours.) So, we were very worried, because we're almost certainly going to be late with renewing residency. However, there's a new passport service centre here, and Will has already had several consultations with them. They reassured him that we'll be fine and even printed out a copy of the presidential declaration for him to take with him.
Honestly, there's no way I can explain all the document stuff we have going on. We appreciate your prayers. Please keep praying, as we keeping slogging along on this very long road.
Random recent photos: 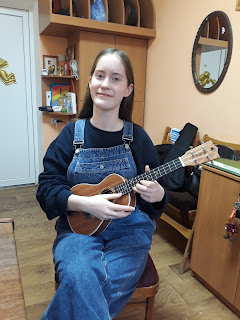 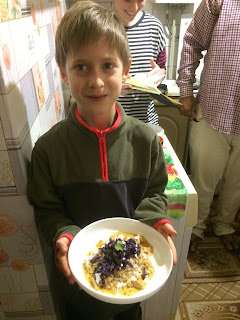 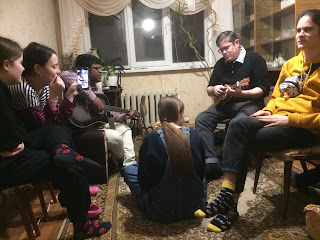 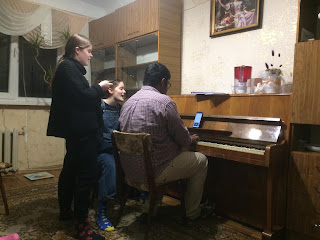