Merry Christmas from us! 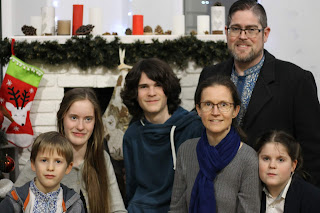 By Phyllis
Today was the big church children's Christmas program. So many children came! Jaan and Raia helped, while Asya and Bogdan participated. I was one of the photographers, so I took hundreds of photos; here are just four of them, one with each of our children in it. We all had a great time. 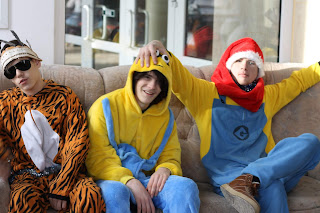 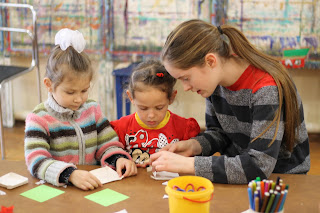 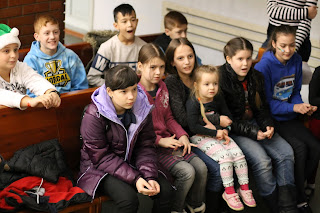 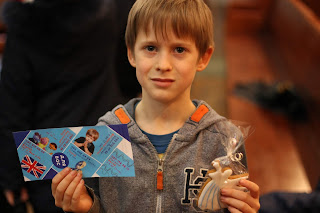 By Phyllis
Raia got a second prize from the contest in Nikolaev that her video went to! They sent us this picture: 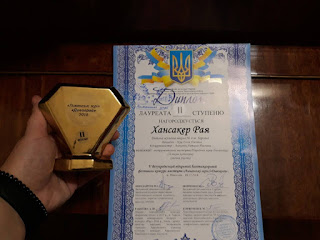 Jaan says that since she just sent a video to the contest and didn't go herself, she probably only gets a photo of her prize. I think they'll pass it on to us soon, though.

Raia has been too sick to go to music school or anything so far this week. She went to a wonderful youth conference over the weekend, came home without a voice at all, and then got this cold. Today she was supposed to go with the Agape photo project again, but she had to stay home from that, too. She really enjoyed helping with that at a different orphanage last week. Pray for her to get well soon.
Posted at 18:53 2 comments:

By Phyllis
I wrote about the school contest that Asya won a first prize in. The week after that she entered a bigger city-wide contest. She was nervous, and didn't do so well, but it was a good experience. Her American friend won, and her friend from church got third place, so she was very happy anyway.

Then Raia entered a contest by video. If you want to watch that, I uploaded it here. I don't know when we'll hear any results from that. And on Friday she won a school contest. Her teacher posted these pretty photos from that: 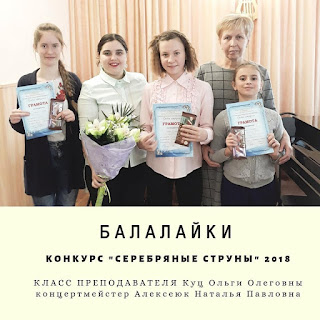 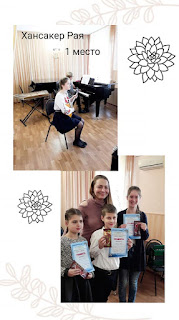 There was also this concert that she was in.

Saturday Asya performed with the winds orchestra for the first time. I took her and friend early, so I got to watch them rehearse and then stay for the concert to see them perform. It was great! I posted all four songs they played on Facebook. 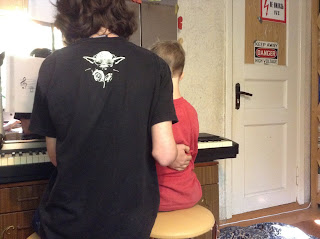 Jaan is a great teacher for Bogdan. He's very patient. However, he doesn't mind using a brotherly karate chop to keep his little pupil sitting up straight. Somehow the photo just looks like he's gently pushing on Bogdan's back, but it's really more active that that. Both boys are working on learning Christmas music now.
Posted at 19:25 2 comments:

Advent of the Lion and the Lamb 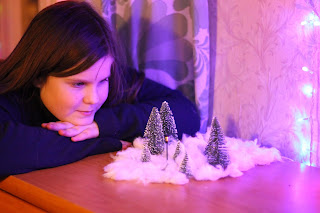 Our main Advent book this year is one that I happened to see mentioned online and was able to check out from our digital library: Advent in Narnia. I preread it, because I wanted to make sure it wouldn't take the wonder out of Narnia. (I read a popular book about Narnia early this year, and I thought it was awful to over-analize like that.) This one is full of wonder, though. Of course, we have to reread The Lion, the Witch, and the Wardrobe to go with it. My all-time favourite read aloud experience was when I happened to be reading it to our children for the first time at Easter, so that the Narnian Easter corresponded with our Easter. I'm loving it just as much for Advent and Christmas. From the introduction: "My purpose in writing this book is not to help you know Narnia better but to know God better.... I hope that by spending a little time in Narnia this Advent, you will get to know Aslan--and Jesus Christ--better, and to prepare for Jesus' birth at Christmas all the more richly for it."

Then, in the mornings with our school readings, we're also listening to an audiobook of an obscure book (or at least I had never heard of it) just called Advent, or The Good Shepherd by Gunnar Gunnarsson. We're listening and reading in Russian now, but I preread in English. 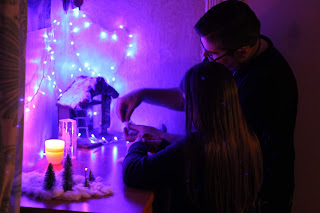 Funny Advent conversations already overheard (and translated):
A child looking at the December calendar page: "Look! It has the new Christmas!" meaning December 25 (which is new as an official holiday in Ukraine, but still...).
About a song that we know in both Ukrainian and Russian: "What language are we singing in?!" "Surzhyk!"