By Phyllis
I mentioned the children's Passion Week event we went to. It was called "In Jesus' Steps," and they took the children through reenactments of the last week of Christ's life on earth. It started off with a short puppet show, and then they divided out into groups and started walking. I went with the (cute!) preschool group, so that's what most of the photos are from:


We all really enjoyed it. It made the events of the week really come alive for our children, and they're still talking about what they saw and did.

By Phyllis
I think the busyness is slowing down now. 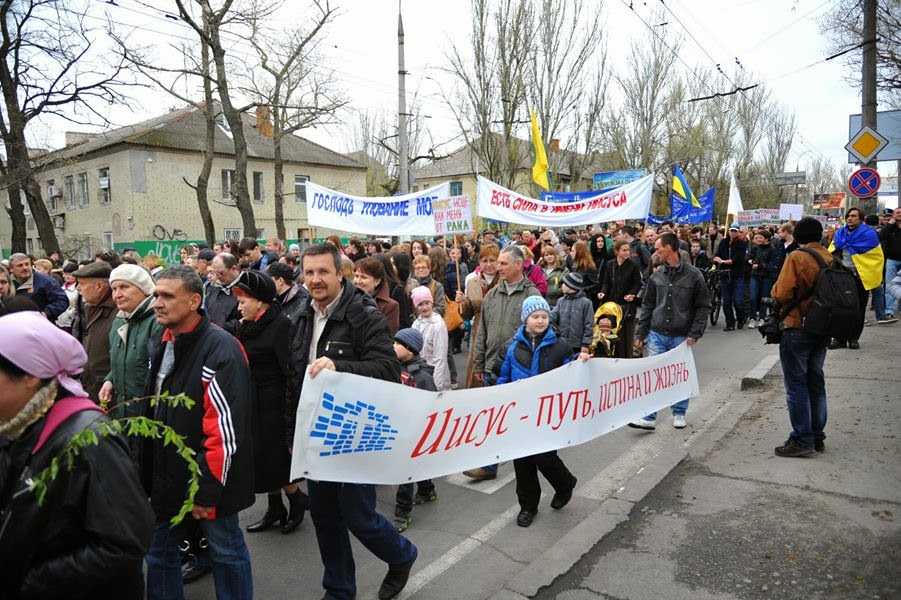 Like I said, I'll add pictures and video from some of these events in separate posts later. Then I'll fill in links to those here.
Posted at 15:06 2 comments: 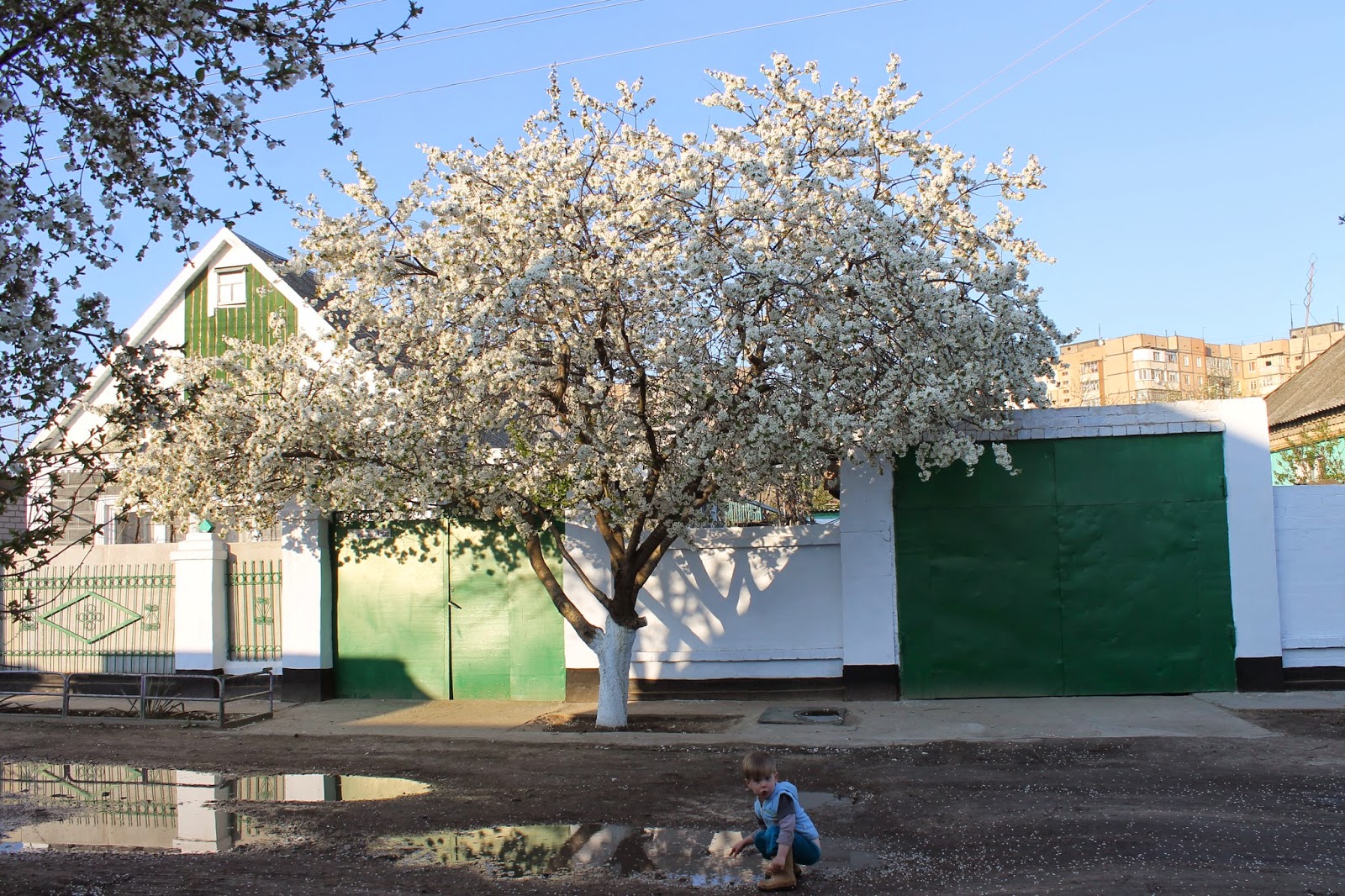 We're really busy here, but doing very well. I'll write once we get through the busyness.

Will is in Uzhgorod for another session of the Agape school.
Posted at 19:08 1 comment:

By Phyllis
I haven't had time or desire to write lately. But, we're doing well, and spring is here. We have tons of photos of ducklings and flowers, so I can choose a few of the best of those to share. And what else...?

We had a nice, plain, quiet spring break last week. I actually wasn't planning on it, but everyone was so convinced that it was spring break (because the schools were out) that I just couldn't go against them. And, as Raia said, I needed it, too.

I guess that I didn't write about our ducklings here? Almost two weeks ago I bought three little friends for the duck that we found earlier. We're really enjoying them! If I had known that ducks are so fun, I would have gotten some earlier. Although, that probably wouldn't have been a good idea in apartments.

We had a little duck adventure yesterday. Bogdan and Asya were outside yelling like crazy. I told Will that it sounded like the end of the world, but I didn't go to check, because I've been trying to teach them to come to me, instead of yelling. He went and started calling me, too. The big duck was out of her pen, and happily waddling around in the yard. An anonymous person had left left all the gates open, letting the duck out and the dog in, both at the same time. I just talked to the duck like I do when I feed her, and she turned around and followed me right back into her home. Yes, I am the Duck Whisperer. And we need to clip her wings.

Bogdan has been quite sick, but he's getting better now. I know a lot of you have been praying. Thank you. We actually took him to a doctor at the neighborhood clinic. That's the first time we've ever taken one of our children to the doctor for sickness. (Of course, we did way back when Raia broke her arm, and I suffered through all kinds of "well baby" stuff, but doctors for sickness? Not until now.) We were very impressed, too. We walked in, told them that we're not registered here, but that our little guy is sick, and they instantly took us to the head doctor. No waiting, no questions, no payments. The doctor was very kind and very thorough and willing to keep us out of the hospital. (Rare!) And now Bogdan is feeling better. Most of the rest of us have mild colds still, too. 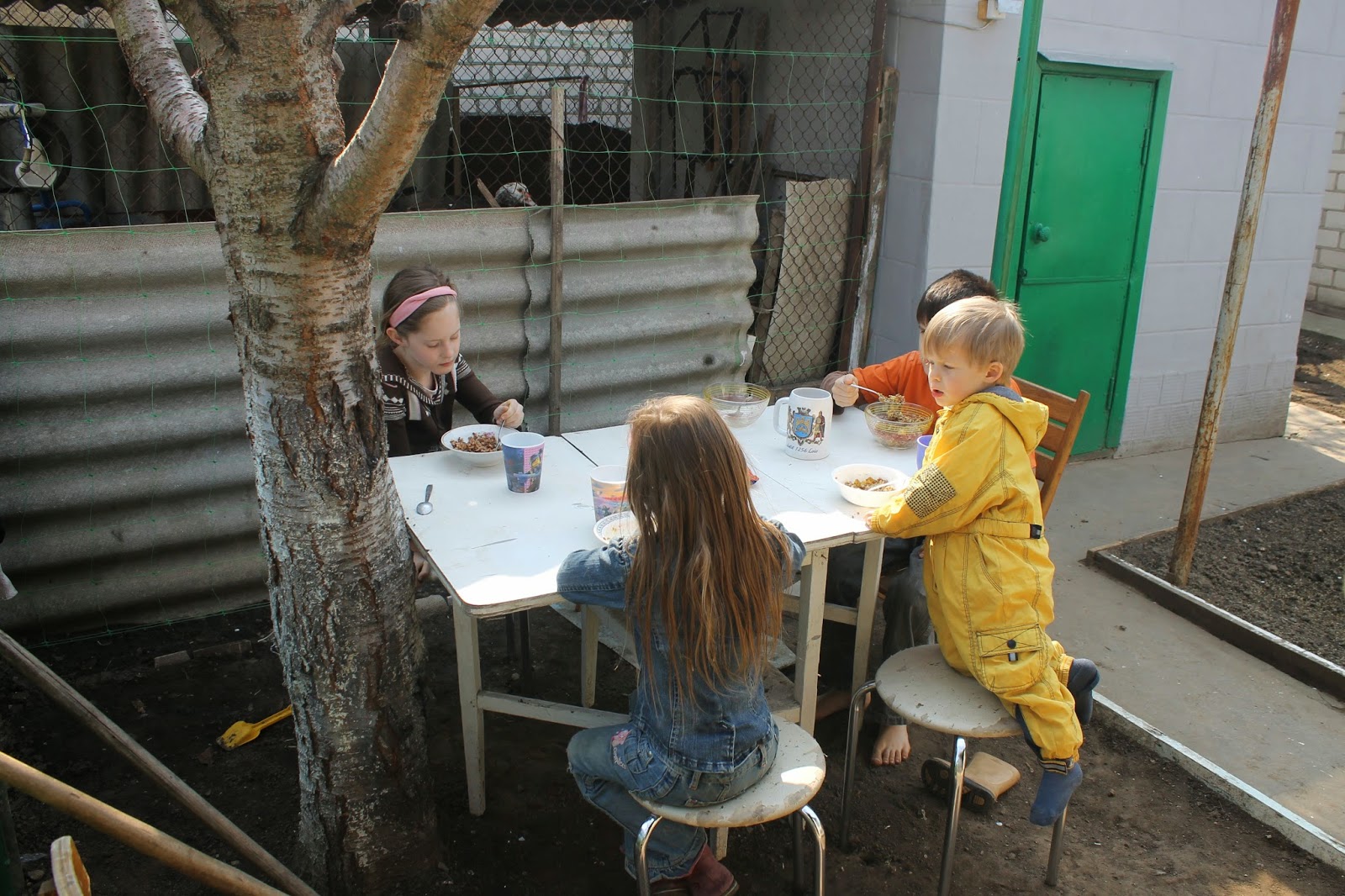 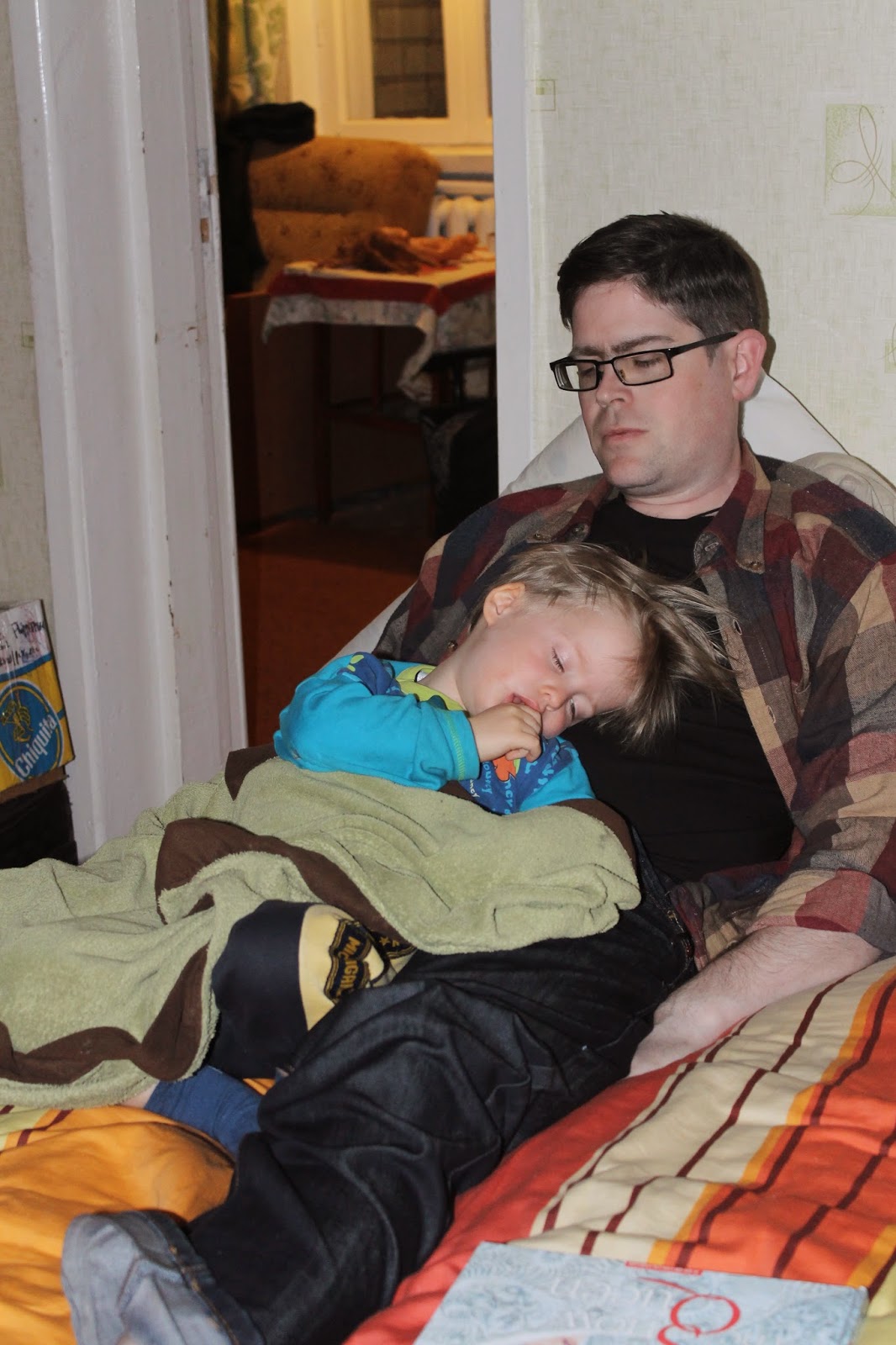 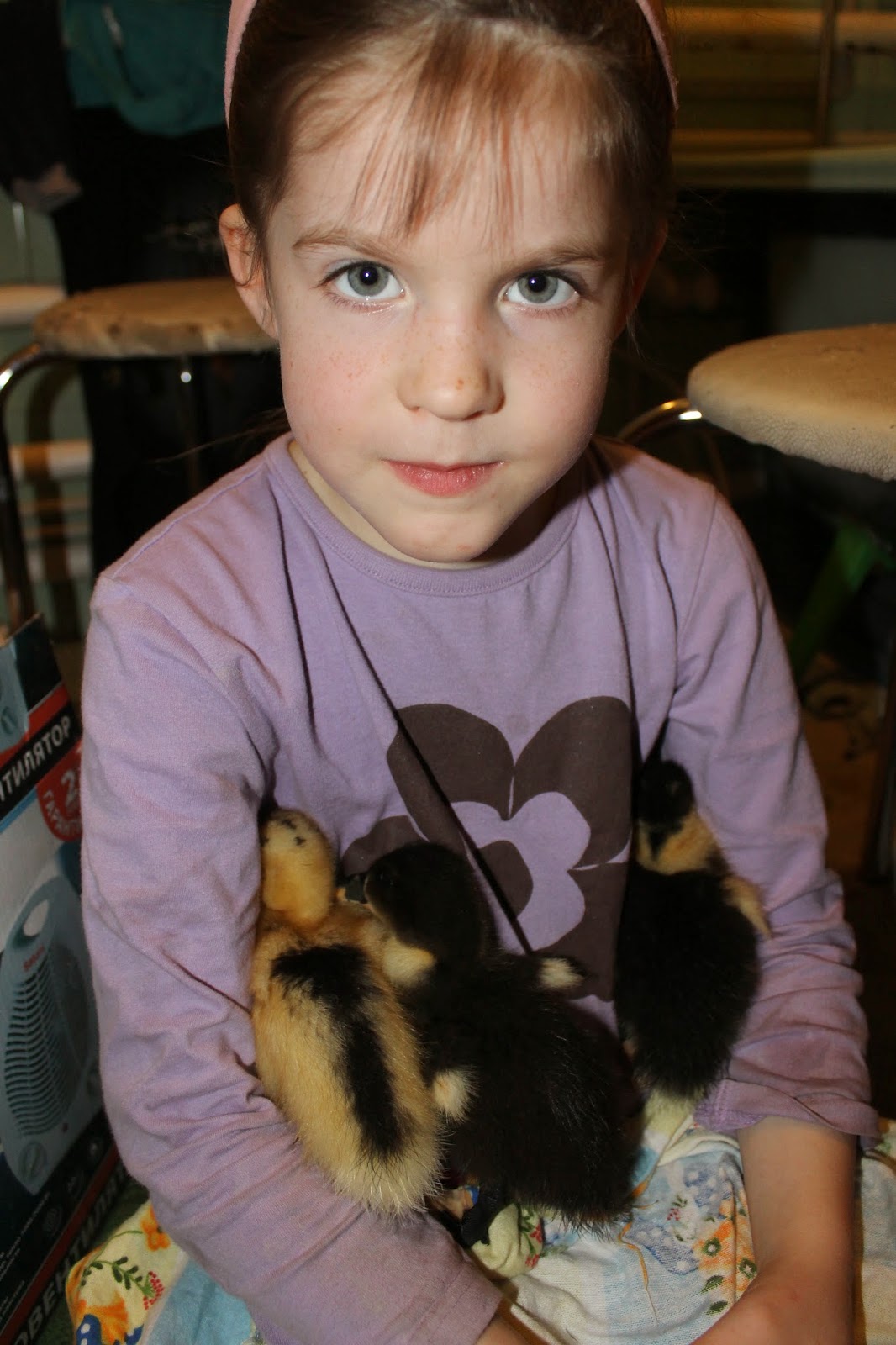 And that reminds me: One of the political-military analysts that I read has lowered his prediction of the likelihood of further invasion from 80% to 50%. I don't know if he's right, but that sounds good to me. Everything seems calm right now. 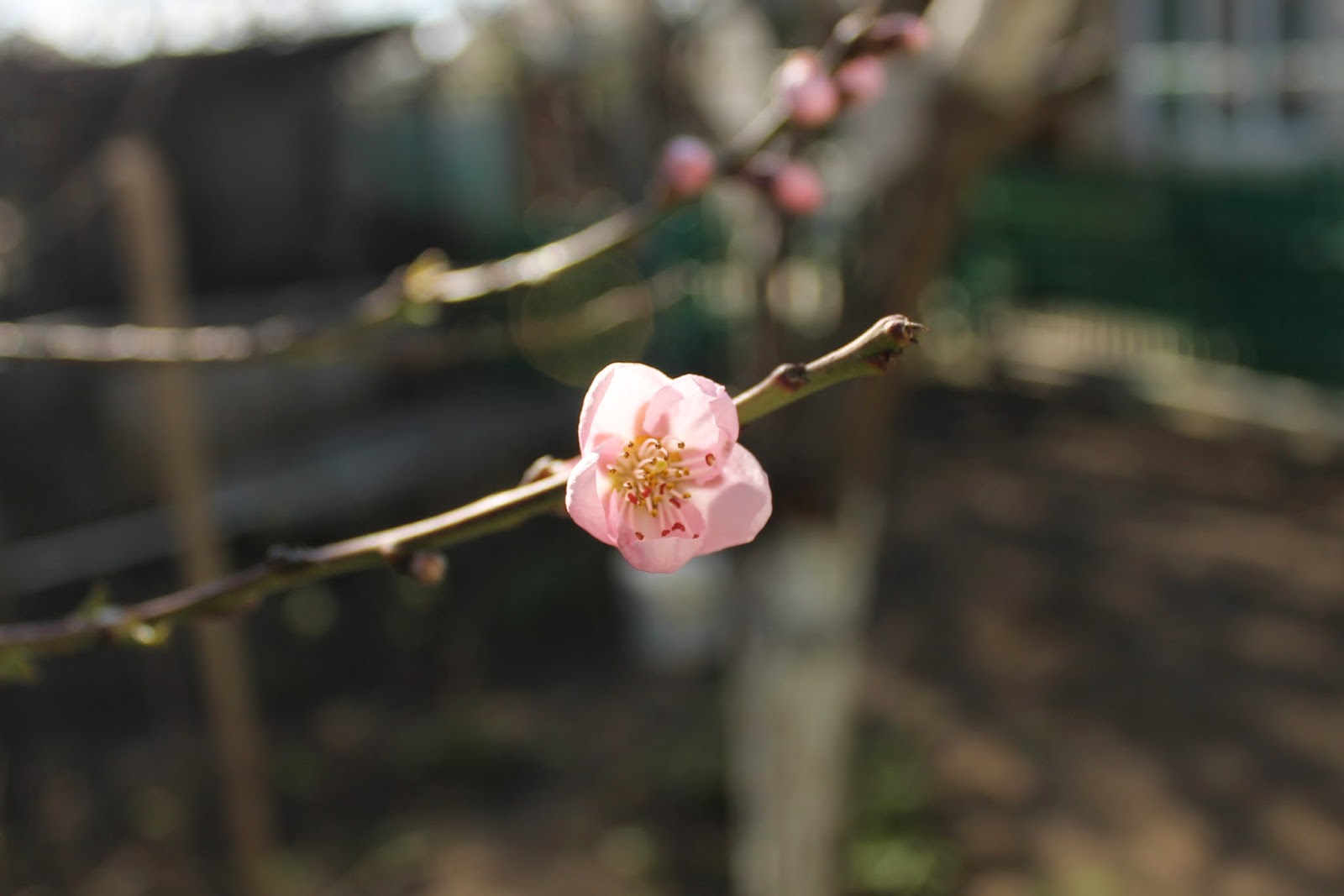