By Phyllis
Will's sweet little Grandma went to be with Jesus this week. We will miss her, but we know that she's much happier now. I was trying to think of how to save for posterity her long obituary that relatives shared online. In the “old days” we would have clipped it out of the newspaper. Now I'll just paste it here, to remember later:

June Ferguson Hunsucker Blackwell
June, 89, was born in Charlotte, NC on June 10, 1925. She was the third child and second daughter of Floyd Mack and Grace Wright Ferguson. She graduated from Central High School in 1943 and went to work for Barnhardt Mfg. Co., rising to the position of secretary to the president. She resigned in 1952 when her first son, Bernie, was born to stay home and raise her boys. It was at Barnhardt’s that she met the love of her life, Wilburn (Willie) Hunsucker, and they were married in 1947. It was a short ten years later in 1958 that Willie died of cancer. June was 32, Bernie was five and Larry was almost two. She remained a widow for the next 12 years until she married Tom Blackwell in 1970. They enjoyed 38 years until Tom’s death in 2008.
June was a serious and devout believer in Jesus Christ and a lifelong student of the Bible. She served in numerous capacities in several churches and other ministries from her teen years until Alzheimer’s prevented her from continuing. At various times she led Child Evangelism Fellowship Backyard Bible Clubs, weekly classes in several housing projects with Children’s Bible Hour, children’s church for 200 kids, and had the tract ministry at the Ladies Bible Class at the S&W Cafeteria at Park Road Shopping Center. All of this while raising her boys.
June’s true calling and most significant work was her own Tel-Evangelism ministry which began in 1972 and tapered off about 2010. T.E. was a perfect fit for her. She had always had a passion for personal evangelism, i.e., telling people the good news of the Bible’s message about everlasting life. She knewfrom thousands of personal conversations with children and adults that though many knew of Jesus’ life and even His death and resurrection, they didn’t know that He offers everlasting life as an absolutely free gift, received by faith alone in Jesus apart from good works or anything at all one could do.
She carefully explained to many thousands, one phone conversation at a time, that the only requirement for obtaining everlasting life is to believe in Jesus for it. It was her greatest joy to see many trust in Christ alone for His free gift (John 3:16; 4:10, 14; 6:47; Ephesians 2:8, 9). For 35 years she was typically at the phone from 2-10PM, seven days a week. Though others helped finance her ministry, she and Tom funded the bulk of it themselves.
June was preceded in death by her siblings: Nettie Hurd, Billy Ferguson, Ruth Surratt, Floyd Ferguson and Dot Rorie.
She is survived by her sons and their wives, Bernie and Julie Hunsucker, and Larry and Liz Hunsucker; step-daughter Mary Coley; grandchildren Will, Anna, Abby, Christy, Chris, David, Lindsey, Susie, Mary and Billy; 16 great-grandchildren, numerous nieces and nephews and grand-nieces and nephews; sisters-in-law Ann Ferguson and Frances Ferguson; and brother-in-law Jimmy Surratt.
June’s family is especially grateful to LaDonna Yoza for her loving and compassionate care for her.

Tomorrow Will is heading out to be with his family for a week....

By Phyllis
It's been 11 years since this wonderful person was born:


It has also been 13 years since we left America.

And we have been in Kherson for a little over one year now.
Posted at 14:07 3 comments:

By Phyllis
We had a great first day of school today! Will already shared some photos on Facebook. I'll probably post more here another day. 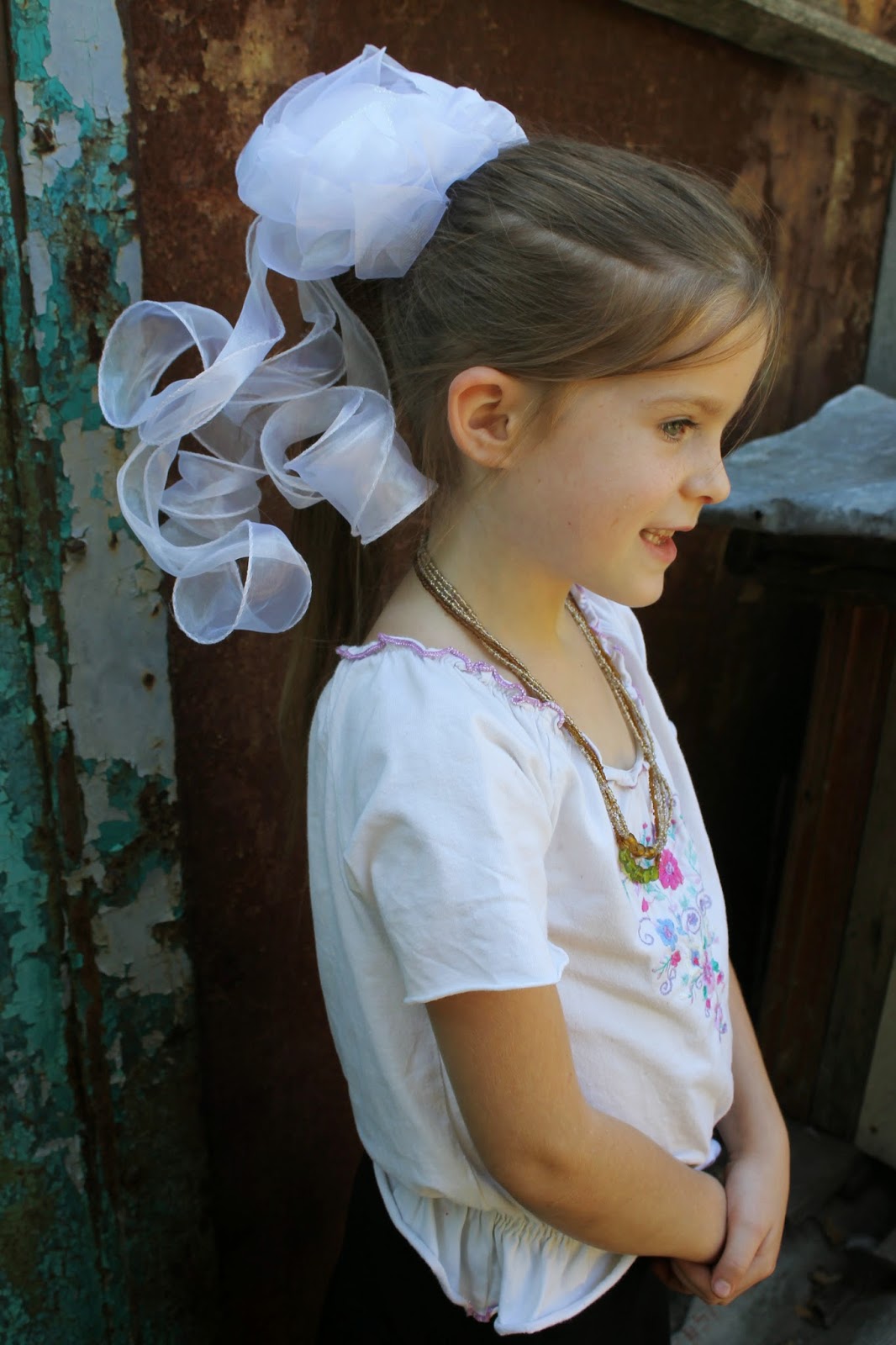 I just went back and looked at last year's post like this. We did pretty well with my goals: we met some, we didn't meet others. To recap:

Jaan and Raia finished AO's Years 3 and 1. It took us two years to get through them. Now we'll be moving into Year 4, Year 2, and Year 1 for Asya.

We are going to pick up outside involvement a little this year. In order to home school, it's very important for me to stay home, but we're going to add in more away from home than we have before. Jaan will continue with music, Raia will start music, both girls will take take art classes, and there might even be something for Bogdan, too. Almost all of that still lets me stay home, though. Everyone except Bogdan can go to their own classes by themselves. We'll see how it works out. Will this be too much busyness, or a good balance?

I'm going to try restructuring our mornings a little, too. I want to take an hour first thing, while Will is still home, to do 20 minutes individually with each scholar of mine. Then we'll have our Morning School together time. And then we'll continue on with everything else that still needs to be done.

And for new goals: