Look at this amazing photo from a camping trip that Jaan just returned from. Those stars! 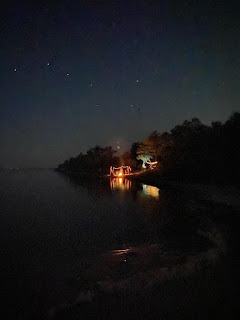 And then two more photos from the trip: 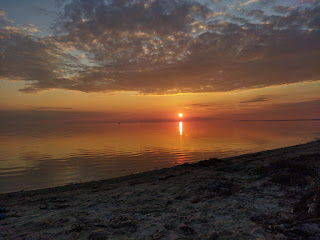 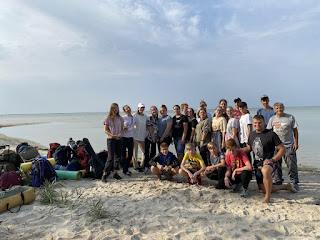 Residency process (with update at the end)

I realised that I should probably clarify the process of getting residency here, so anyone who isn't as familiar with it as we are won't be confused. Foreigners who want to live in Ukraine have to gather a bunch of documents, depending on their reason for being here. Then they apply in another country for a D visa and come into Ukraine on that. It gives 90 days to apply for residency. Applying here means gathering another stack of papers, buying more insurance, and so on. We turn all that in, then wait about another two weeks to get the lovely "posvidka" (residency card). Once we have that, we have a month to register at an address, which is always complicated since we rent. Then we breathe a big sigh of relief. And we start over again a little less than a year later. If we can get the timing right, then at least we don't have to leave the country and do new visas; we can usually just renew here now. But all the other steps have to be repeated every year.

So the whole process is 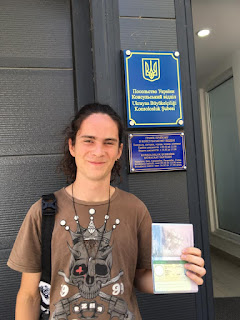 Jaan and Will got Jaan's D visa in Turkey and came back on August 1. Since then we've been collecting the next set of paperwork and trying to turn it in. We're still working on that; I'd really like to have it done before school starts on September 1.
Thanks for all your prayers!
UPDATE: It's all turned in.

I have so much that I want to write about, but I'll start with what's current: yesterday was Ukraine's Independence Day, and it was a big one, 30 years! 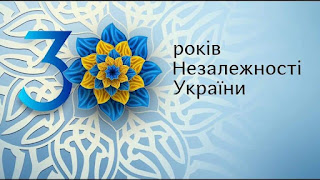 Our family started celebrating the evening before with a trip out to get ice cream and hear an outdoor concert by the philharmonic orchestra that Asya got to play with in the spring. 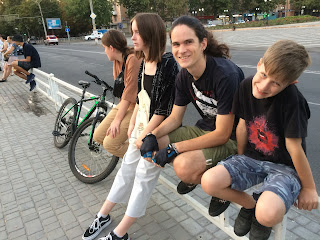 Then bright and early the next morning, Bogdan and I went downtown. All the bandura students from the different music schools were singing together at the morning prayer for Ukraine that opened the day's festivities. (Hah. This local news report completely skipped over all the beautiful children, but look who they caught singing the national anthem.) 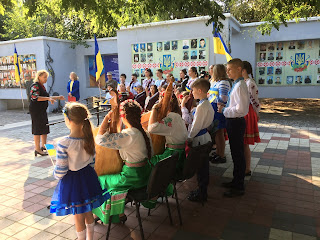 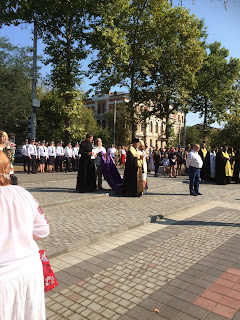 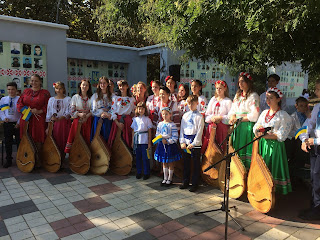 Then we paraded up to the central square, which was full of a display of army, police, fire equipment and more. It was all open for climbing and manned by very friendly soldiers/guards/firemen/etc. I have so very many photos of Bogdan there! Here are just a few. I did put a few on Facebook, too. 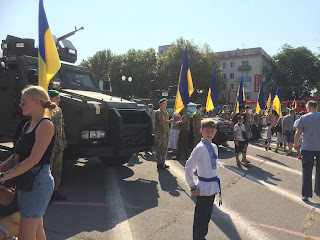 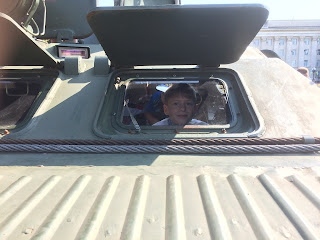 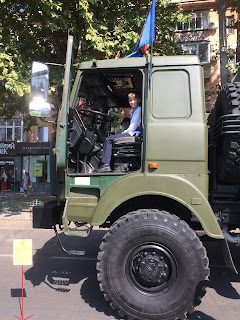 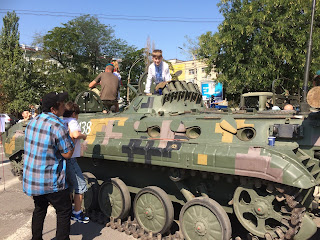 When I ran out of steam on the square (it was hot and I don't like war stuff), he and I went to a coffee shop to rest and call Asya. She came out, and the two of them explored everything again.
Then that evening Bogdan took part in another concert. He's been going to rehearsals and working hard for several weeks now, but there weren't enough chairs, so he just sang again, instead of playing. He was exhausted, though: two concerts in one day! This concert was almost right in our neighbourhood, so we had friends there with us, too. And pizza afterwards. 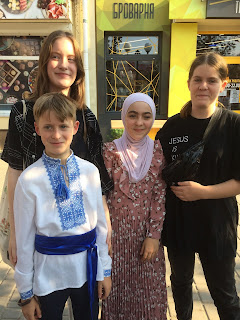 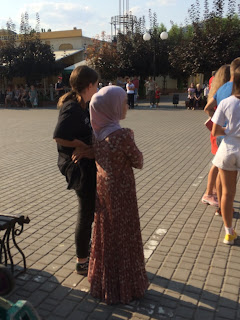 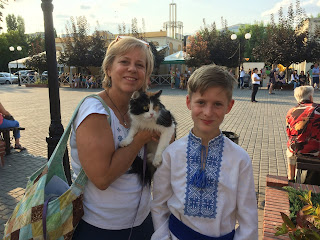 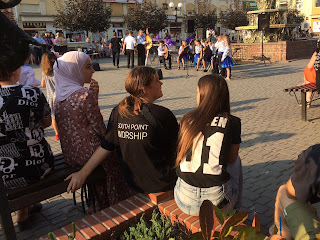 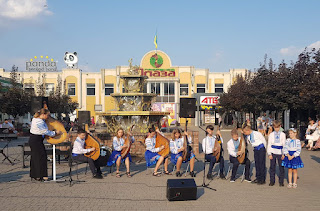 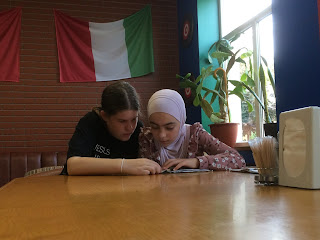 We came home to "blue" and yellow cake, and then crashed. 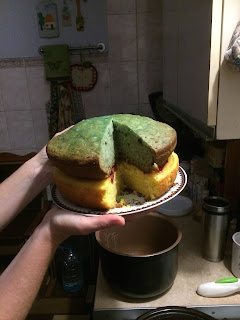 First thing this morning, though, Bogdan had his bandura out, learning new songs on his own. I guess he's ready for school to start now. 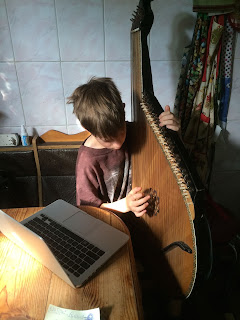 (As I write, Will and Jaan are waiting in line to get an answer about Jaan's residency application. We almost got everything turned in before the Independence Day break, but they didn't know what to do about insurance. Since Jaan's not 18 yet, he can't buy an insurance policy himself. Will bought insurance for him--it has Jaan's name on it--but they didn't know if they could accept it with Will as the buyer. Hopefully we can find out now, and they'll be able to turn everything in.)