By Phyllis
...but I do know when I'll be back again.

Tomorrow I'm heading out for the Ambleside Online "At Home" Retreat. I'm looking forward to time with friends that I very rarely get to see and meeting lots of new friends, too. Please pray for my travels and the whole retreat. It seems like over the past there have been quite a few bumps in the road to pulling it together, so we need those prayers.

And then I'll have a few days in Florida, too. I'd love to see those of you who are there!


(How can I leave these goofballs?

They'll be in good hands, though.)

By Phyllis
We've been slowly looking through the album of camp photos online. This one made us laugh out loud: 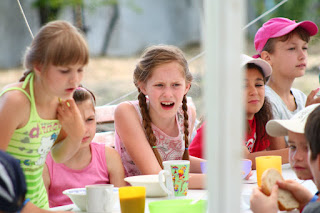 What on earth was she saying? Or doing? And then we saw. Yes, that's Jaan in the very edge of the foreground. Of course.

There's also a great series of Raia and "Bogdan's Anya" on the trampoline, starting here; click on them to move through them. (Anya teaches Bogdan's Sunday school class, and he adores her. Raia got to have Anya for her counselor this year. We all love Anya!)

There are plenty of other good photos in there, too. I'll try to pick out highlights to share here, if I have time. For now, just two more random shots that include Jaan and Asya: 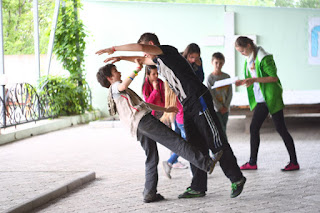 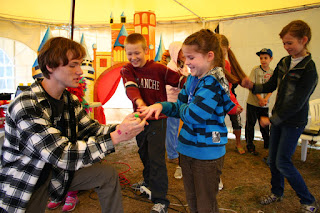 Plus, here are links to the group photos and individual portraits.

Our kids had such a wonderful time at camp, and the camp photographer did a great job of capturing so much of the fun!
Posted at 20:21 2 comments:

By Phyllis
More photos from in and near the beautiful camp: 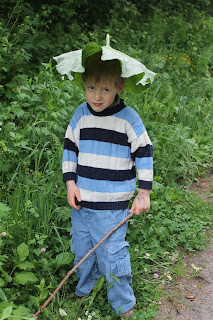 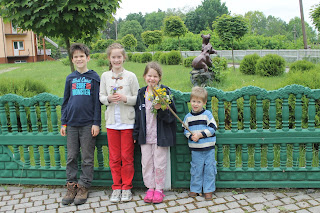 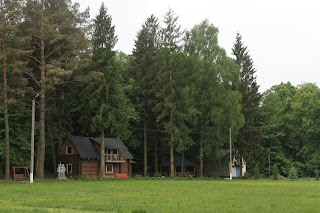 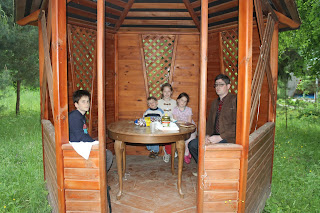 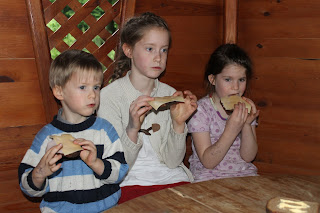 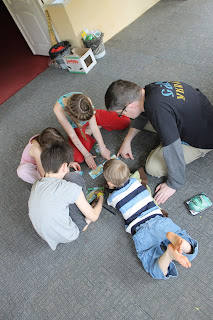 Then we went into Rovno for dinner, a little bit of exploring, and our train back to Odessa. 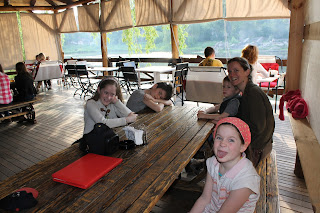 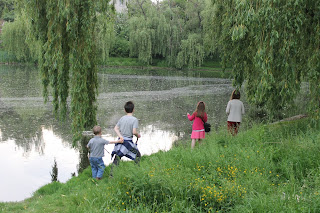 The trip back turned out to be nightmarish, too, but we finally made it home, with lots of happy memories.

I just realized that I didn't really say anything about the seminars and great teaching, or the rest of the conference. The first night was graduation. Then the next day was full of teaching on brain development and childhood trauma and attachment and more. That evening each region introduced themselves and told about what Agape is doing in their part of the country. There was more teaching the next day, too. It was all mixed in with worship and fellowship times. At one point, while meeting so many new people and getting to know everyone, I noticed that my mouth actually hurt from talking so much!
Posted at 11:36 2 comments:

By Phyllis
More photos:
After the conference, we had another day before our train left. Jaan said that he wished the conference could have lasted a whole week. Asya woke up that morning and ran to see if there would be one more morning worship session... but everyone was gone. It was kind of strange at first; we had the whole empty dormitory and camp to ourselves. Our children were not happy that all their friends were gone! But some quiet family time and a walk through very green woods reset all of us. 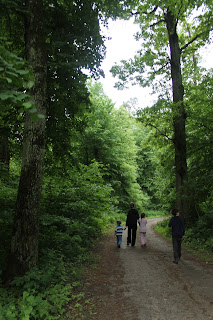 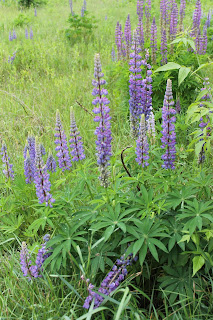 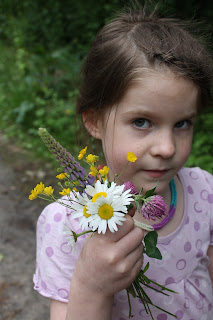 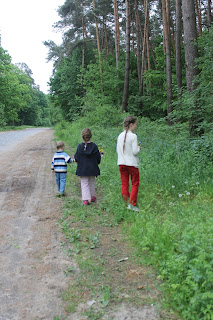 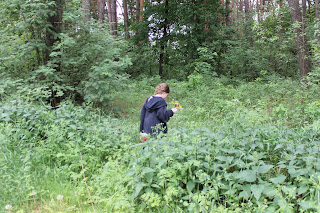 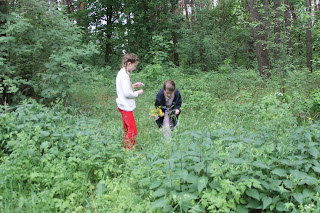 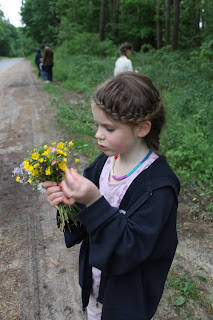 By Phyllis
I have had these uploaded for a while, but haven't gotten to sort through and caption them. Do you still want to hear about our trip to Rovno back there at the end of May?

I don't have any photos from the trip there. It was long and tiring. We had train tickets from Odessa to Rovno, but first we had to get to Odessa. We had planned on dinner at MacDonald's there, then a nice sleep on the train, and arriving in Rovno the next morning. Hah. Our bus broke down, and we didn't make it to the train on time. Rovno is kind of a dead spot on the train schedules, so we couldn't just get tickets on the next train; there wasn't one for a few days. And everything else that even went near there was full. Finally--to make a long story short--Will got us tickets for the next day on a train to Kyiv, and then we took a marshrutka from Kyiv to Rovno. So, instead of getting there well-rested on Thursday morning, for a nice relaxing day before the conference, we arrived that evening in time for a late dinner and collapsing into bed. So, not that bad after all, but we were well-baked and exhausted.

We woke up feeling much better the next morning, though. The Agape school students were already there, and other people were starting to arrive. The whole day was set up for free time and fun and fellowship. Our children pretty much stayed on the huge inflatable jump-thing all day long and made friends with everyone. We enjoyed the lovely setting and talking to tons of people, many of whom we hadn't seen for a year or hadn't met before.

That evening the festivities really got started with graduation for the Agape school.

Last year Will really enjoyed Jan's teaching. Apparently, this is the man we named our son after, in advance.

I was really glad to get to hear him, too.

One of the guys who lives at the Rovno adaption center (I think?) works at a coffee shop. He brought good coffee and machines and was very busy the whole time. We loved having that right outside our room, too!

By Phyllis
Right now I have one four-year-old napping (ours), but I still have one chattering at me (neighbors'). She is very concerned that some day her Bobo is going to go away to that place where Jaan and Raia and Asya are, and she really, really, really loves Bobo, you know? And when will Bobo ever wake up? Very cute and sweet. Bogdan has been much happier today, with her around!

While Bogdan was working so hard yesterday, I got to travel with Alys and a team visiting her to go around to the institutions where boys who have aged out of "our" orphanage live now. I'll probably write more about that later.

Last night when we talked to Asya, I asked her if she wanted us to come bring her home, and she was horrified at the very thought. She has gotten over all her fears of sleeping out in a tent, without Mama.