By Phyllis
I wanted to write about our pets before, and I got photos ready a while ago, but then I didn't do anything with them. A small tragedy over the weekend pushed me to write now. This post is dedicated to the memory of Slavik.

Back in the middle of winter, a friend gave us four baby dwarf hamsters. They were so tiny! And so cute! We bought a cage for them, but they were so little that they could just walk back and forth between the bars of it as they wished. 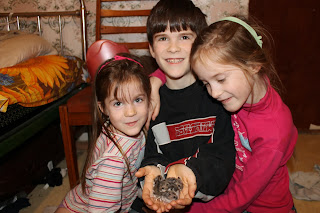 There was a disaster that killed the three girl hamsters early on, but their brother survived and became a dearly beloved pet. Slavik put up with anything, and was really probably the cutest animal I've seen. 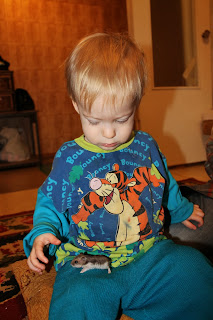 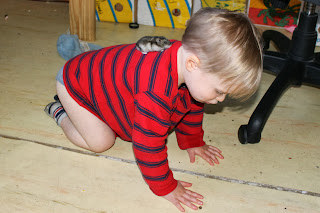 As I said, though, this post is dedicated to the memory of Slavik. Over the weekend, we had company, and as they were leaving, everything was pretty chaotic. Dina (the rat, more about her in a moment) was out, so Will grabbed her and stuffed her into a cage... the wrong cage. Slavik's cage. And Dina killed Slavik instantly. It was a very sad day. There was way more weeping and wailing than there should be over a hamster. I cried too. But, all's well that ends well. Will ran out and got us a new Slavik, and all the little people seem to be quite satisfied with him. (I don't have any photos yet. New Slavik is a baby, and moves very fast! I'm hoping that he'll settle down into a nice calm lump like his predecessor as he grows up.)

Other pets that I wanted to write about:

I'm afraid that she is in disgrace right now. That's putting it mildly. But, she really has been a good pet (except for her one murderous act!). We're working on learning forgiveness. You probably saw her in all our school photos, right? That's enough about her for now.

We actually gave him away before we moved, but I don't think I ever posted photos of how funny he looked in all his various no-scratch collars. And somehow--even though we don't miss him at all--our children still seem to count him as ours. So, he's our long-distance pet? 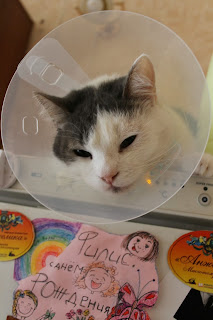 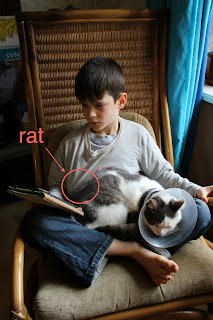 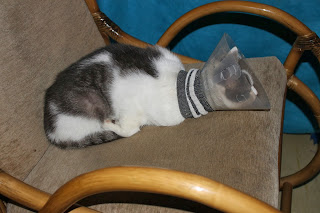 We've also kept hedgehogs. But somehow, we don't get so attached to them. One lived on our balcony and then at our dacha for a few years. We found another, a baby, just before we moved, and we were going to keep him. Will even moved him cross-country with all our stuff, but then he escaped right after arriving here. One photo of that guy, and then I'm done: 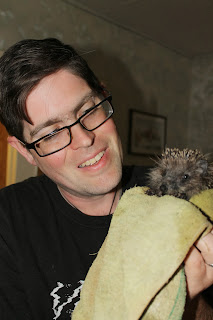 How sad about Slavic!! And, poor Dina! She was just doing what came naturally to her! And, you gave Zhenya away!! I can't believe it! You had him a long time!! And, an escapee hedgehog! Wow! (: Can't wait to see you all and whoever is still there! (: Love y'all!