By Phyllis
I think I should clarify my usual Christmas explanation. I recently told an American that we celebrate both Christmases, and his eyes got really big about "all those presents." No, we don't usually give presents for Christmas. We celebrate Jesus' birthday twice, and have a lot of fun with that. We give each other presents for the New Year, though.

And I'll repeat my usual joke, too: our pastor in Moscow often said that celebrating both Christmases was a Biblical command. That's why the verse in Philippians says rejoice, "and again I say rejoice."

Our three older children went to a Christmas VBS program for the four days before Christmas. During that time Bogdan and I did a lot of baking. We made treats for our neighbors and for the soldiers who are on the border with Crimea. Bogdan also made one big gingerbread bear for his buddy at church, Denis. 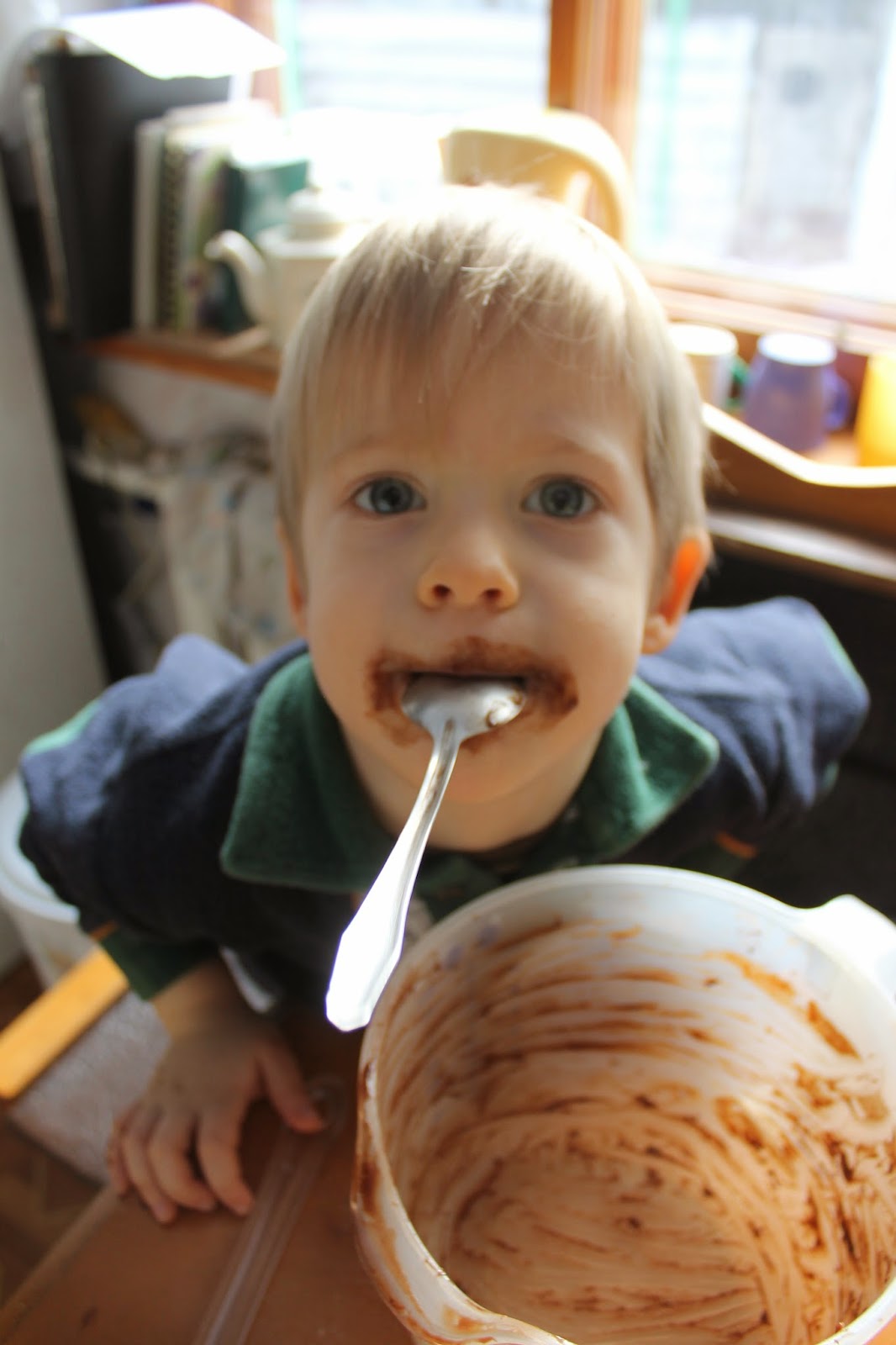 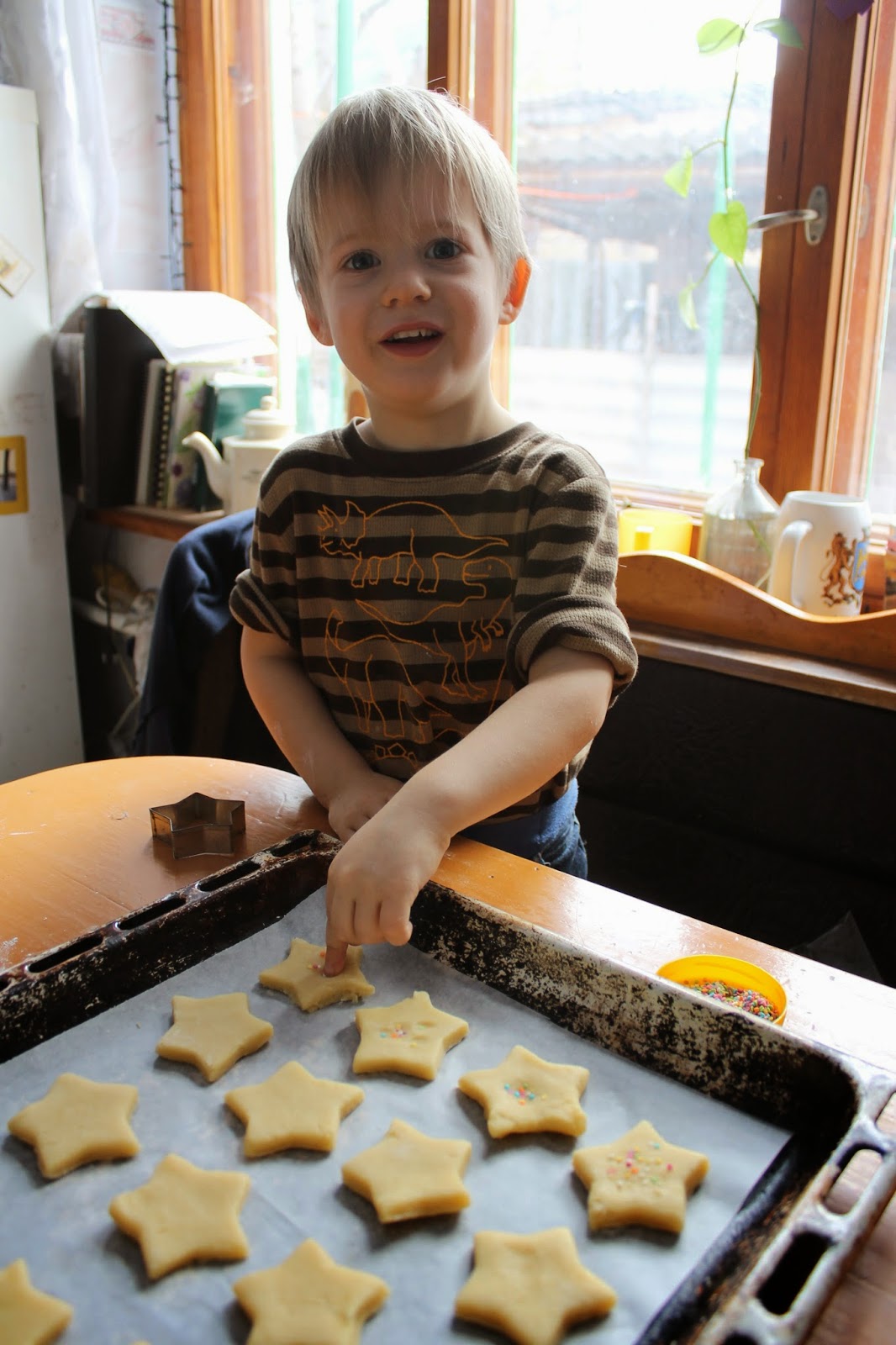 Bogdan really enjoying making his bear and taking it to Denis on Christmas Eve, the last day of VBS. And he even made a connection that I wouldn't have expected. We've been collecting money and little cars to take to some boys at an orphanage, for Jesus' birthday present. Bogdan said that giving "his Denis" the bear was also a present for Jesus.

Then, Christmas Eve at home...


A few photos at home, after church: 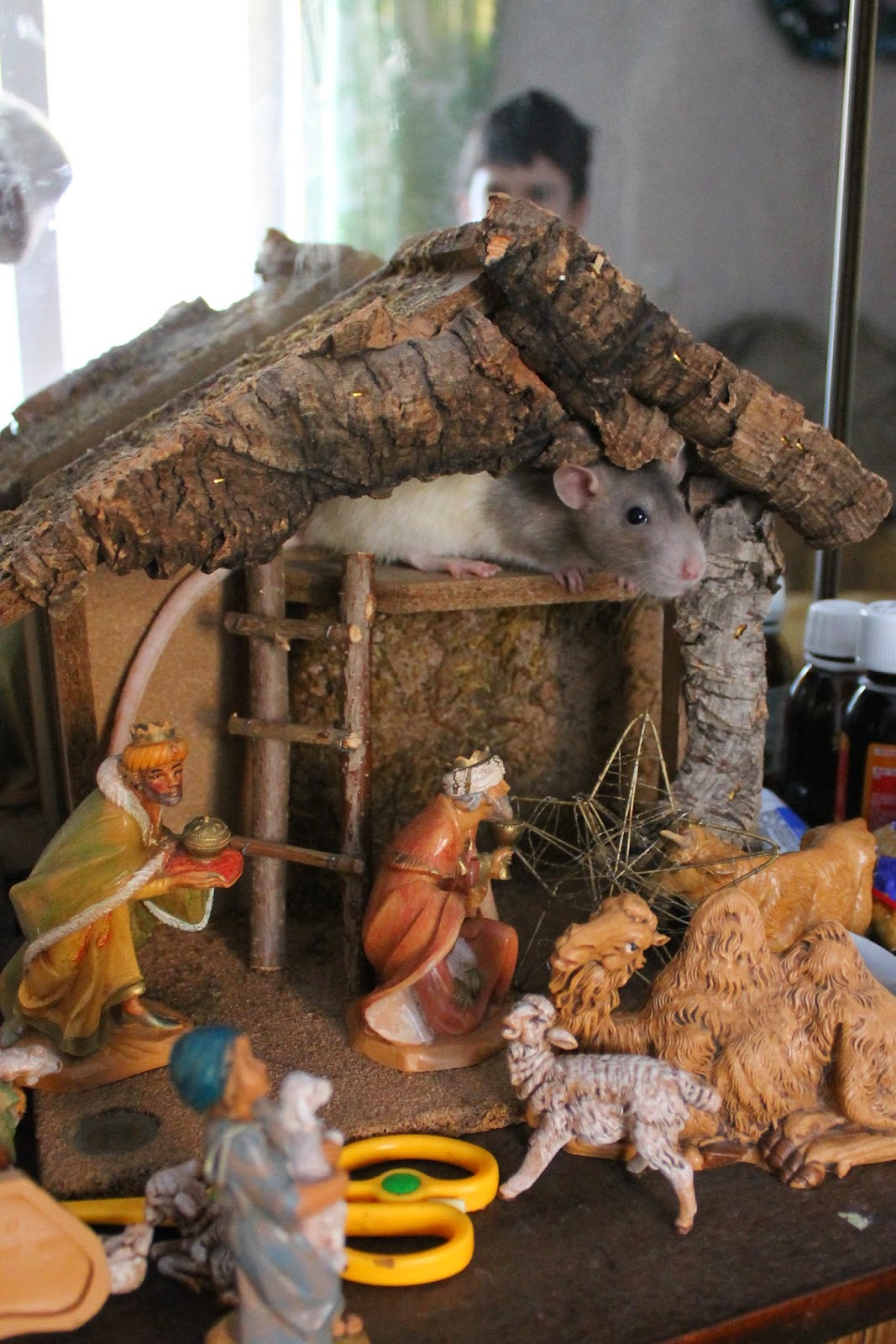 Then, after Bogdan got a nap, we planned to go hear the youth from our church and other churches do a Christmas carol flashmob at the big mall. But we mixed up the time, and we were too late. Instead, we heard professionals perform. At least we got some Christmas carols. 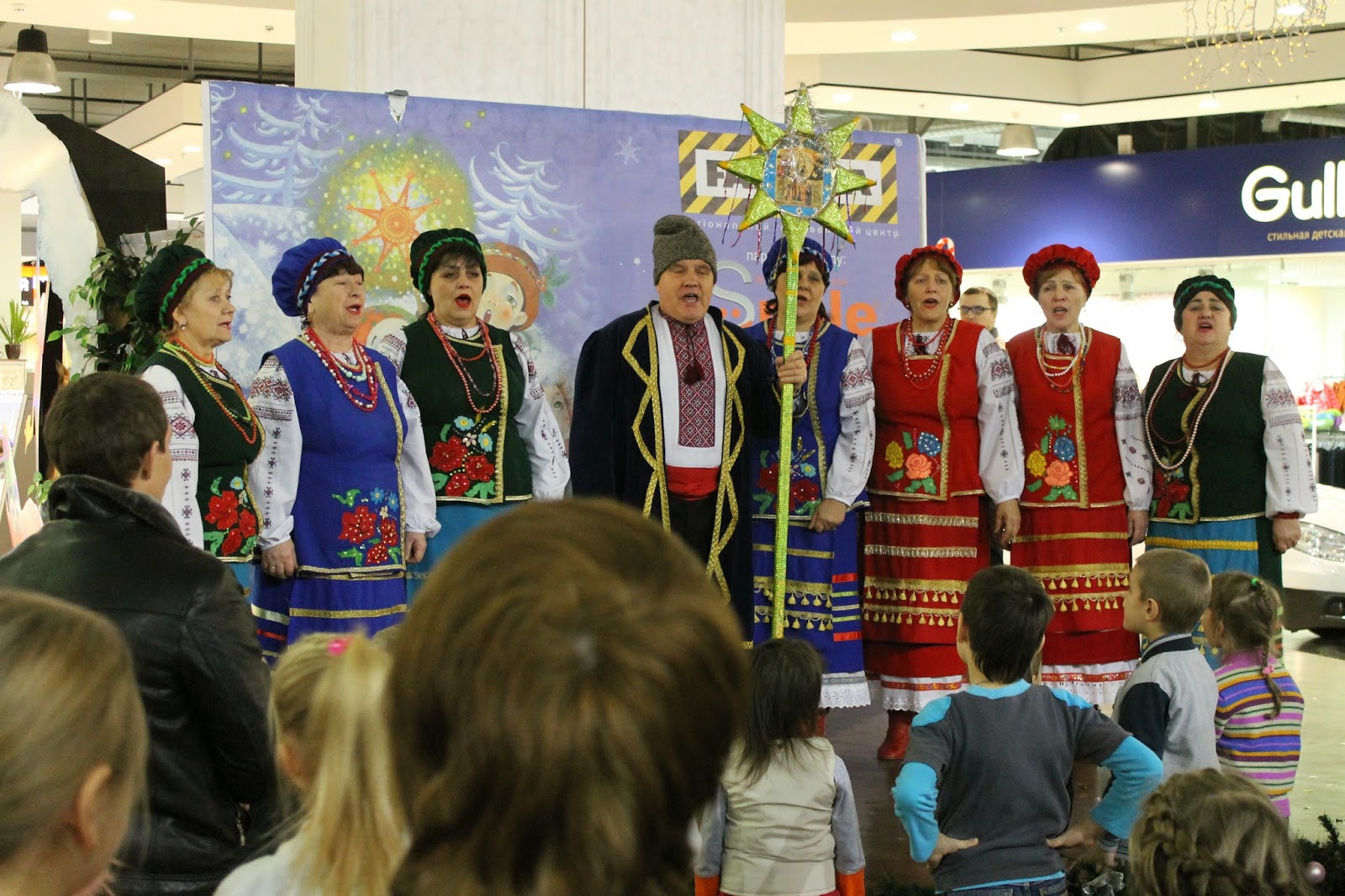 And then we walked around. According to the Chinese calendar, 2015 is a sheep year, so the mall has live sheep among the decorations. That works for the Christmas theme, too. Bogdan loved the sheep (we all did!), and it may have been his first time seeing a real manger and hay. That's what he noticed anyway. 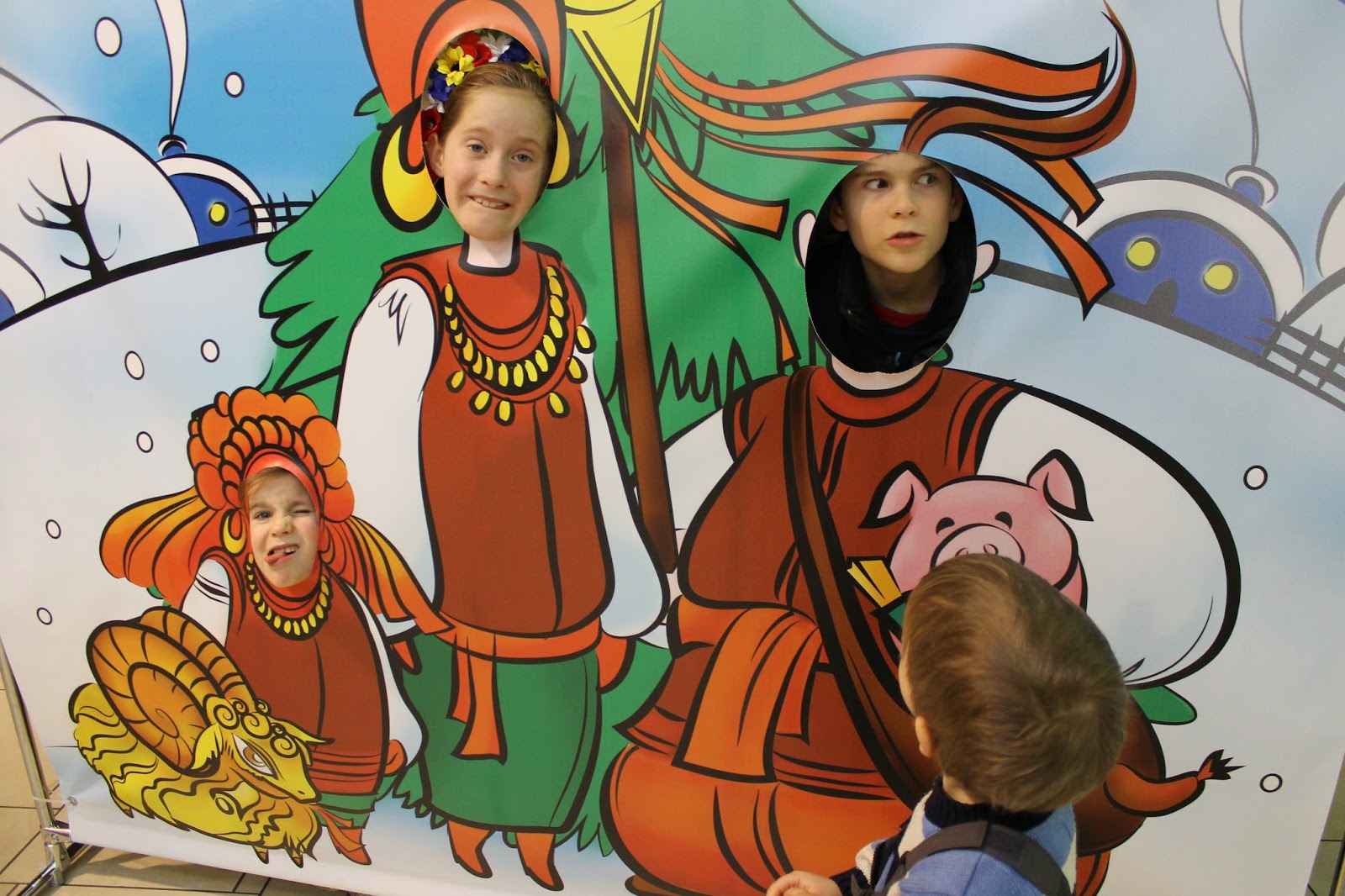 We had dinner at a restaurant there.


Then we came home, and did some quick carolling of our own. Our Crimean Tatar neighbors were very surprised. Carolling is a tradition here, but apparently it was new for them? This is their first year on "mainland Ukraine" and outside of their own community. Our babushka neighbor loaded us down with treats; she knew about carolling, of course! It's something like trick or treating here. Although, we take treats to give out, too, so we do it backwards.

So, now Christmas is over. Regular life will be starting back up with school and all. (Tomorrow? Or Monday? I guess I need to make some phone calls!) We do still have lots of holiday busyness ahead, particularly banquets for the orphanage workers, Christmas cookies with the kids there, and maybe some other Christmas orphanage visits.

Beautiful Second Christmas...happy memories for your children...winsome photos for us. Thank you! Much love to each one.

Thanks for sharing this special time with us! We love seeing the smiling faces and "share in" the great activities you all do! Love you all!