By Phyllis
Yesterday we had one last time getting together with our American-Russian friends before they move away. During cold times we have met at their house, but in the summers we meet at the Christian institute for picnics and swimming.  That's what we did yesterday, of course. It was very bittersweet. We're definitely going to miss them! 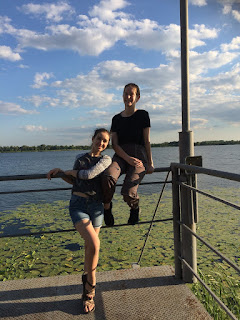 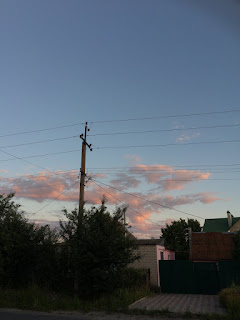 After that, we went on to the Muslim community's celebration of Kurban Bairam that our neighbours had invited us to. This year they weren't even sure they could have a big event right up until the last minute, and they did it out on the edge of town to avoid health regulation problems. So, we were there near them already, and just had to walk to get to their location. We arrived toward the end, though. It was dark already, with a beautiful, big moon low over the river. The program had ended, but the kids were still running around playing and were very happy to have ours join them. And they had tons of food left, so they fed us very well. I had recently seen a video recipe for what they made; the photo here is a screenshot from that. We'll be eating leftovers of it for dinner today, too. 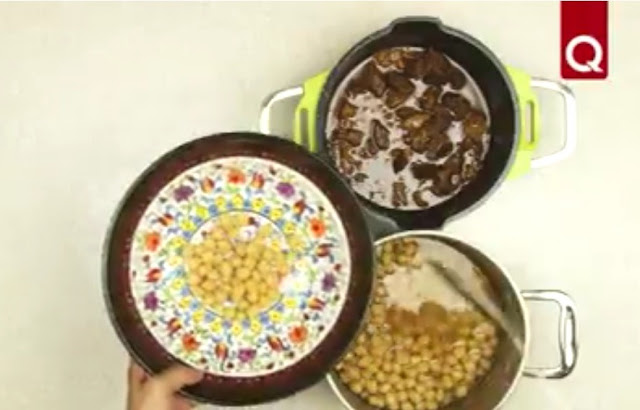 Then Will called a van driver we know, and he happened to be parked right there, so both families rode home together with him. Their father had to stay behind, because he was still waiting for their own family's sheep to be delivered from a village later in the night.
A funny moment was when I was talking to someone I don't even know, and I said that we were there because our neighbours are the A family. She said, "Oh, you have Asya?" Our toddler neighbour tells everyone she meets everywhere she goes, "At home we have Asya." Poor tired little one howled in the van on the way home because we had to sit how the driver arranged us, and he didn't let her sit with Asya.
Posted at 12:17

Definitely a bittersweet day...my heart aches for you in this loss; but at the same time, I am very thankful you have had the joy of these sustaining friendships. And then to celebrate Kurban Bairam the same day was an additional pleasure. Asya's fame makes me smile. Thank you for sharing all this. We love you dearly.

This sounds like a beautiful, if sad day. I know you will miss your friends, but how nice that you were able to join your neighbors for their special celebration! And, how special that your neighbors have "an Asya"! (: The love you all share is very much a treasure. Love to you all!

Ahhh! The fame of Asya! Spoken about even in Texas. As are all your wonderful children. God be with you and bless you all. From Desirae