By Phyllis
On Saturday Bogdan turned five. It's hard to believe that he's so grown up already. We had a really fun day celebrating him. I had gone to the orphanage the afternoon and evening before, so that I could stay home with him all day on Saturday.

We started off with the presents that Raia and Asya had bought for Bogdan with their own money. It was so sweet! They had carefully chosen things that he would love, and he was so excited. After he opened their presents, they went off to art school. 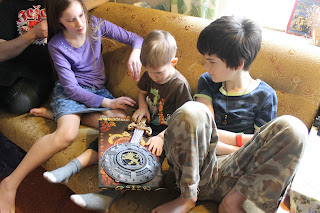 Then, Bogdan was supposed to have his weekly preschool class, also at the art school. Jaan had made a bunch of cupcakes for him to take, and he was looking forward to sharing with his friends. But, as we were walking out the door, we got a call saying that the classroom wasn't available, so he wouldn't be having class that day. We went anyway and celebrated with a younger class, and Raia, Asya, and some of the teachers. 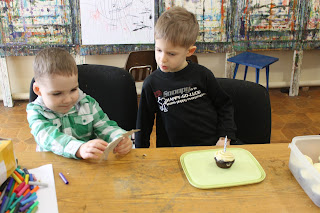 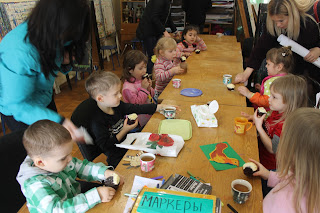 Then he and I went back home for lunch and nap. Afterwards, we gave him another present: a scooter! Now everyone has wheels. So, they went outside to enjoy them and wait for our dinner guest to arrive. I  already posted a video of some of that fun. 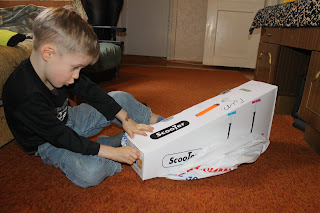 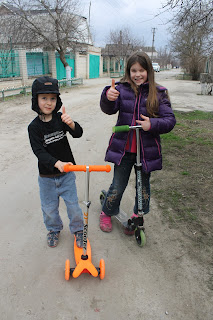 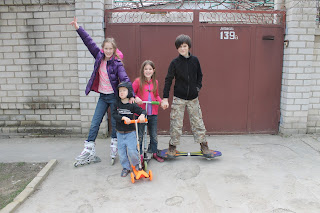 Then Denis came! Denis helped in Bogdan's Sunday school class when we first moved to Kherson, and Bogdan has loved him ever since. Now he also works with Will in the Agape office, and he's in the same class of the Agape school that I'm in. So, we see him around a lot, but we hadn't had him over for a visit yet. Bogdan was absolutely thrilled that he could come. Will cooked hamburgers and hot dogs for us, and then later we had s'mores for dessert. 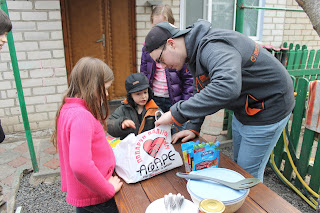 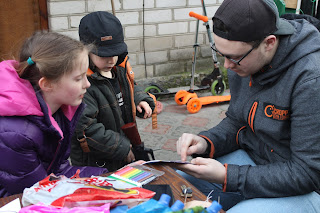 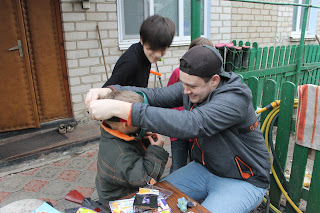 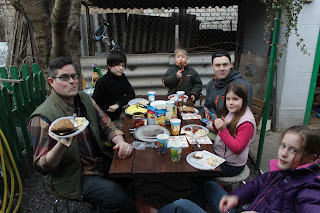 By this time, everyone else was cold and tired and ready to be inside. But, Bogdan and I stayed outside and had tea together, while he worked very intently on roasting his marshmallows and making his s'mores. 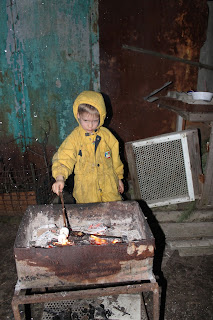 Sounds and looks like a great day--wish we could have joined you! Big boy indeed! Much love to you all, D/B/G/H

Sounds and looks like a great day--wish we could have joined you! Big boy indeed! Much love to you all, D/B/G/H

It IS amazing, and he should feel thoroughly celebrated after such a big day. Love to all....

What a GREAT DAY!! It looks like everyone had a wonderful time! And, like you, it's hard for us to believe he's 5 yrs old already!! Such fun! Wish we could've been there!! Hugs and kisses all around!!