By Phyllis
Alys has already posted a bit. I think it's fair to say that her brain does pictures, mine does words. She herself says something like that relatively often. I have a few pictures to share too, though.

We left Kherson Monday night and got into Kyiv the next morning. That "supermoon" hadn't been visible the night before, because of all the clouds, but as we got close to Kyiv, I saw it with the sunrise over a snowy landscape: incredible!

In Kyiv we thought we would be meeting with someone about building supplies, so we sat for a while, and Alys sat longer while I explored and enjoyed beautiful weather for walking. When we found out that the person we were supposed to meet with wasn't available, we headed on to Zhitomir. That was a beautiful trip by bus. We arrived at a different place in the city than where the Johnsons were expecting us, but Jed and a van full of kids soon found us and took us back to their house.

We had dinner with them and talked and talked and talked. It was so good to get to know them some, to hear their story and tell ours. There was lots of back and forth with ideas and advice and experience. The next morning Jed took us out to see the house that they're renovating. (Again: a beautiful drive! I really love winter and snow, and hoarfrost is my extra special treat. All of that was everywhere.) 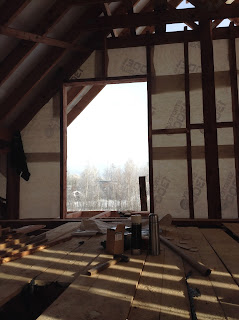 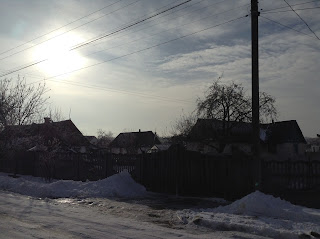 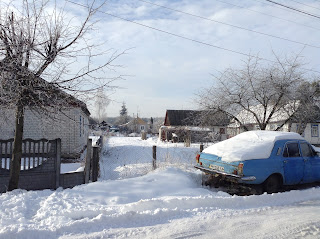 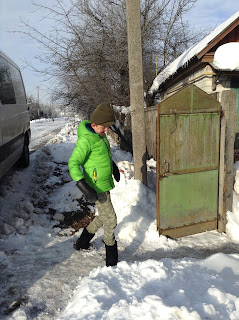 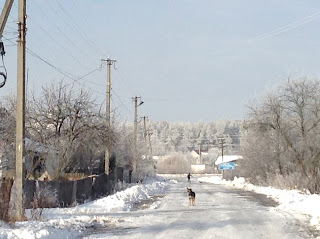 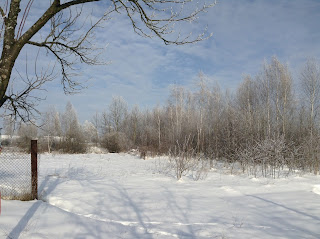 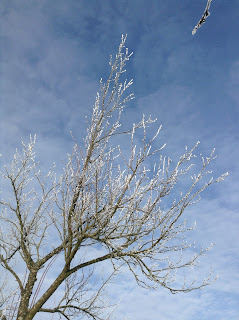 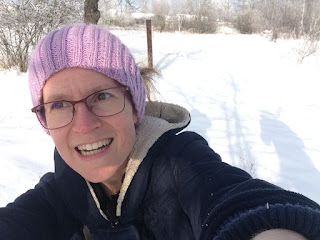 While we were out in their village, we started talking to one of their helpers who had ridden out with us. She mentioned a story she had heard about identical twins who had grown up in the orphanage system and been separated.... I interrupted her right there: "You mean Sasha and Zhenya?!?!?" Mutual excitement and disbelief all around. I should have known, though. Every time we go to Kairy Sasha begs me to find his brother. I always tell him that it's probably not possible. I didn't even think of it when we were planning this trip, although I did know in the back of my mind that he's in Zhitomir. Anyway, Vika didn't actually know Zhenya, but her sister works with Last Bell Ministries in Zhenya's tech school.

After a round of phone calls, we found out that Last Bell was having a meeting that afternoon, Zhenya would be at it, and we were welcome to come. So, we went back to the Johnson's, packed up, said goodbye to them, and headed off to the tech school. I was actually impressed with what I saw of the school. Meeting some of the kids and the people from Last Bell was great, too. Then Zhenya came in, and I got to sit and talk just with him for a bit. I didn't actually know him before, but he's definitely Sasha's identical twin brother. I will print out the photos we took and send them on to Sasha now, and I hope to encourage him with Zhenya's words and love passed on the next time we visit Kairy. 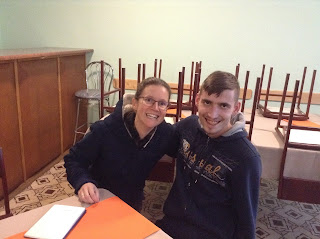 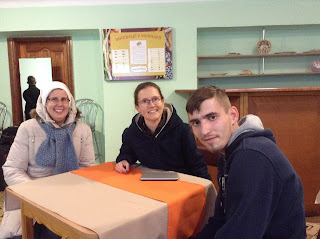 Beyond finally meeting the Johnsons and the conversations we got to have there, finding Zhenya was a real highlight of the trip for me. If only I could have brought him back here as Sasha always requests.

Oh, and Vladik! All the Johnson children are delightful, but meeting Vladik was especially fun. He and my little friend Karina have the same syndrome, and he got pretty excited over the photos and videos I had of her. I love the way he talks, too; I may have "дуже yummy fire" associated with scented candles in my mind forever now.

After we said goodbye to Zhenya, we caught a bus back to Kyiv. Travel did go very smoothly, which was something we were praying about. Thank you, Lord!

I'm thankful you were able to have this trip. And meeting Zhenya--what an evidence of God's mercy and power! We love you.

What a wonderful trip, Phyllis!! Beautiful pictures! And, the story about meeting Zhenya is very dear to my heart. That is such a picture of God's working in our lives!! Who would believe it! I am so happy for both of them and pray that some day they can actually be together. Love to you and all our dear ones!!