Religion in Russia (from Will) 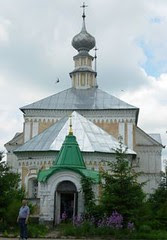 Notes from the field:
So as to help you all who know and love Russia to any extent to be able to pray more specifically, I offer the following for reflection. I would like to share some quotes from Russian Christians. This might help to understand that what we say about the spiritual state of the nation is not completely out of proportion, These are pastors, deacons, Christian men dedicated to helping make known the Gospel to their fellow Russians. Yes, they are like-minded Protestant believers, but in many ways these men are still rooted in Russian Orthodox beliefs and understandings.

This is NOT meant as an attack on Russian Orthodoxy, whose teachings, history, culture, wisdom and beauty I have great respect for. I simply wish to give all who are concerned with the fate of Russia another glimpse into daily life here.
(All underlining is mine.) 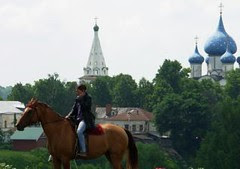 Usman, lipetskaya Region
“Dear friend in Christ, maybe these results don’t seem like much, but please believe me, every single person who comes to repentance and salvation here in the villages of Russia is the result of months and months of time spent with us, hearing the word of God, and seeing our genuine love for them.
You see, here almost everyone you meet considers himself to be a traditional Russian Orthodox believer. The imposing Orthodox cathedrals, with their beautiful architecture and many-colored domes and are majestically lifted up to the heavens in almost every town. Inside these cathedrals are many icons on which are painted the likenesses of Jesus Christ, Mary, and saints who lived here in Russia; there are also often relics of these saints. The liturgy is recited in the old church-Slavonic language, which has long been obsolete, and almost no one understands or speaks it except for the priests. The liturgy is very majestic all the same, and full of grandeur and mystery, it leaves one quite impressed.
However, sadly, the main mass of our population, having left the cathedral after the service, when they do go, remain exactly the same worldly citizens of Russia as they were before. They do not see how the church service they might attend affects their ‘real’ lives.The most regrettable thing is that these people, who consider themselves to be Christians, are so prejudiced against anything other than their religion and often speak and act more like godless unbelievers than Christians. (Specifically in how they relate to us ‘nontraditional’ protestant believers.) I don’t blame or accuse them. Really, they are not to blame. The apostle Paul himself was a persecutor of Christians, and believed that he was ridding a godly society of a harmful cult. However, when he actually met with Christ Jesus, Paul became a sincere servant and minister of Christ.
My request to you, dear friend in Christ, is that you pray for these people as Christ prayed, for ‘they know not what they do.’ Every single such soul who sincerely and genuinely comes to repentance and to know Christ as their Savior and Lord is a true answer to our prayers!

Pray also that there would not be any hindrances to effective ministry through the work of our local Russian Orthodox church. Not long ago, they once again ‘cast their stones’ of accusing and slanderous words through the local newspaper. This is not seen as a local church conflict, but as a political, social, and moral denouncement of a dangerous sect by the predominating, government-approved church. In Russia, the press has a tremendous impact on both the social and moral awareness and the convictions of the average person.” 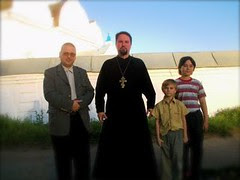 A quote that I thought relevant from a Russian Orthodox Church spokesman, a Deacon, Dean and Professor:

“The masses have been told: ’You are Atheists!’, and they agree, ‘yes, of course, it was those priests who kept us ignorant of the fact that we came from monkeys’. Then, they were told, ‘How could you forget the faith of your fathers!? We Russians have always been Orthodox, after all!’ - Again, they agree,’Oh, how could we have been seduced by those Communist lullabies and forget our heritage!?!’ And then they are told, ‘What are you thinking? Christianity is a religion foreign to us that Jews made up to do away with our true Slavic-Aryan pagan roots! They did this to force us to worship their Christ in place of our ancient gods and take away our true heritage! ...And again, the masses obediently voice their protest: ‘How could they ever dare to hide our roots and inherent magical, extrasensory abilities from us!?!”

Praying for you and yours as you minister. God's Word is needed everywhere, regardless of our "religious" outlook! We love you all greatly!