By Phyllis
Last Thursday Raia played at a music festival. She and I went together and almost froze at the drafty, barely heated old school. But the music was beautiful, and we had fun. 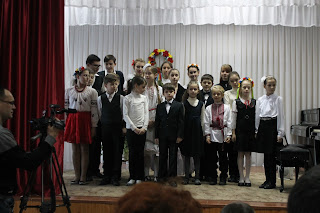 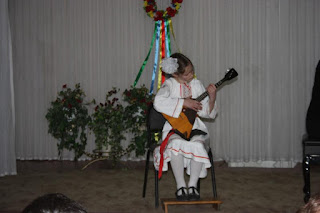 She had hoped to play toward the beginning of the program, then run straight to art school. However, she was right in the middle. When we left, she was unhappy that she wouldn't make it to her painting class, so I suggested that we find "a secret I had heard about." Lviv Chocolate had just opened in Kherson the day before, and I knew that we were close to it. So, we found it, drowned her sorrows in spiced hot chocolate, and chose a little something for each member of our family. When we got home, we told them that we had gone to Lviv and brought back souvenirs. 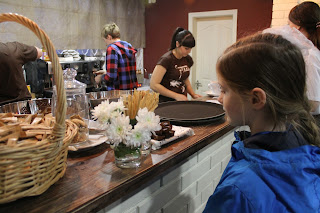 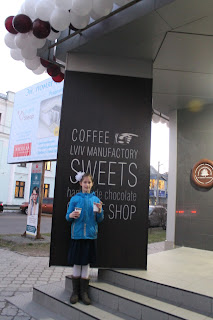 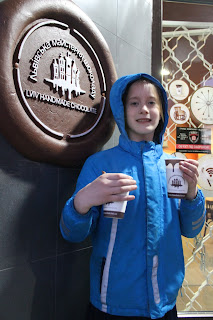 That same afternoon Jaan went to learn from Uncle Joe, the Pie Crust Master, how to make a perfect apple pie. 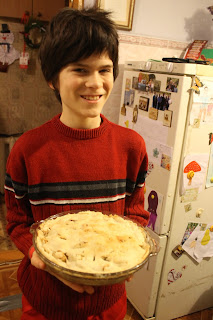 Such happy memories being made...thank you for sharing them with us. We love you.

Beautiful pictures of wonderful times! Thanks for sharing! And, I am SO jealous of you going to the Chocolate shop AND of that perfect apple pie crust!! I never have been able to do that! What fun for both! Love you all!!