A visa for Phyllis... maybe?

By Will
That's where we are right now, in short. =) 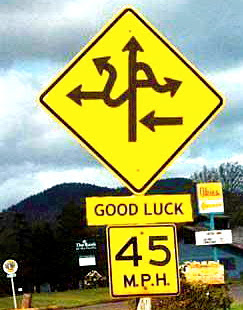 Here are the details. For about two weeks, we were applying for the
Bi-regional Baptist Union to be issued the right to officially invite foreigners to Russia. This past Tuesday, the lawyer from the Union and I went to submit again the now complete package of documents required for this process. Upon meeting with the proper official, our friend the lawyer and the official discovered that they had misunderstood one another. We didn't need to be doing this application in Vladimir after all, but in Ivanovo! ...As Sergei commented, 'well, ptfoouey!!'
(This is due to the fact that the Bi-regional Union's legal address is actually in Ivanovo, although they are legally registered as a religious organization in both regions.)
I know you all love the details... =)

Well, this is a somewhat disappointing development in some ways, since we were wanting to do everything through Vladimir, since they are already somewhat acquainted with our case, as it were. On the other hand, the Bi-regional Union has a very good record of working with migration control there in Ivanovo. They have made personal acquaintances, have had many foreigners come and go, and have established a good working relationship over the years. We are praying that their track record of 'good behavior' will be transferred as our application for invitations is considered.

Sergei (the lawyer, and an official representative of the Union), upon receiving notification that the Union is now able to invite foreigners, will be turning in the application as soon as is possible. That should be Tuesday-Wednesday this week. We are praying, and will be asking for special processing time for the invitations. That process usually takes a month, but considering our circumstances, we will be pleading for the shortest amount of time possible.

The problem is that Phyllis' visa is actually expired now, and the longer she stays in Russia with an expired visa, the worse our position is. Again, the ultimate result is in God's hands, and the decisions to be made regarding us are still made by individuals in the government. We have seen over and over now how God has softened the hearts of the authorities making these decisions, and that is what we continue to pray for. We are pleading for mercy, and a chance to get everything 'all fixed up' finally. We as foreigners are not particularly detrimental to Russian society, no matter from what perspective they look at it, after all. We're not importing drugs, we're not taking Russian jobs or wages, we don't make bootleg alcohol, we're not involved in anything resembling politics (God forbid), we are not starting foreign churches, and for that matter, we're not even doing extremely noticeable things to convert all of Kovrov to our denomination (again, God forbid). Objectively speaking, we're fairly harmless, albeit strange and difficult to understand, foreigners who have just messed up with registration laws.

Please continue to pray with us that God would direct the hearts of those in places of authority. Pray that He would cause mercy and grace to triumph, so that we would be able to praise Him together with all of you for His protection and provision.

Thank you all for your support and encouragement in prayer and otherwise. We love you and treasure you as friends and brothers and sisters in Christ.

Thank you, Will, for the update. We are still praying... Phyllis you enjoy every moment of that baby and don't worry about us! ;)

From an old Bugs Bunny cartoon:

"And so, having re-disposed of the monster, exit our hero, stage left."

"What do Will and Phyllis do in Russia?"

"Fill out documents. All the time."

I love that sign! It says a lot and we can fully appreciate it... we're in that situation with plans for next year's visit home: health care/insurance/tax regulations, organization requirements and requests, family needs, desires, travel times, financial constraints, etc.
Often a fun place to be, but also rather hair raising. Hoping you are soon coming out the other side waving those all important visas!